In the previous article, Seasia has listed down the top five largest banks in respective countries based on The 2017 Global 2000 ranking.

This time around, we would want to widen more of the knowledge by providing you with the Top 10 Largest Banks in the whole region of Southeast Asia, based on their market value.

Could you think of other banks that accountability of doing well in this area? Seasia has it here;

Headquartered in Singapore, DBS is at the forefront of leveraging digital technology to shape the future of banking, and has been named “World’s Best Digital Bank” by Euromoney.

The bank has also been recognised for its leadership in the region, having been conferred “Asia’s Best Bank” by The Banker and Euromoney, and “Asian Bank of the Year” by IFR Asia. The bank has also been named “Safest Bank in Asia” by Global Finance for eight consecutive years from 2009 to 2016.

PT Bank Central Asia Tbk (BCA) is Indonesia’s largest lender by market value and the second largest bank by assets. The bank has experienced a remarkable recovery from the Asian Financial Crisis in the late 1990s when the Indonesian banking system almost went bankrupt.

In terms of market capitalization, BCA is one of the largest companies in Indonesia. It provides both commercial and personal banking services through its 1000-plus branches across the country. BCA is partly controlled by the Djarum Group, one of Indonesia’s largest conglomerates, with its businesses ranging from cigarette manufacturing to property development and management.

When OCBC began operation in February 1933, it was already one of the strongest local banks in the Straits Settlements.

With a well-established global presence today and particularly in Asia, UOB has an understanding of Asian markets, corporate culture and business mindsets, which is matched by few.

Its strong foothold in Singapore, Malaysia, Indonesia, Thailand and China is well-placed to create greater access and growth in this region, for its customers.

BRI is the oldest bank in Indonesia. Its history was started back on 16 December 1895, when Raden Bei Aria Wiraatmaja founded a small financial institution with the name of De Poerwokertosche Hulp en Spaarbank der Inlandsche Hoofden. The institution was a mosque-based association, which function was to manage and disburse trusted fund to a community in a very simple scheme.

Over the years, the institution went through name changes and evolve with the surrounding conditions. In 1912, its name changed to Centrale Kas Voor Volkscredietwezen, and in 1942 – by Japanese ruling, it was changed to Syomin Ginko. In the independence era, Syomin Ginko was replaced by the name of Bank Rakyat Indonesia.

Maybank has an international network of over 2,400 branches and offices in 20 countries, employing 45,000 employees. In Malaysia, Maybank operates consumer, business and corporate banking as well as private banking services, through a network of 393 branch offices and more than 2,500 automated teller machines around the country.

The company operates 22 branches in Singapore providing a full range of banking and financial products and services. Maybank, through Maybank Philippines Incorporated, has 79 branches in the Philippines. Maybank also has a banking presence in all of the other Southeast Asian markets. It also operates branches major global financial centres like New York, London, Hong Kong and Bahrain.

Siam Commercial Bank, the first bank of Thailand, was informally established in 1904 as Book Club, and today it is a universal banking group. According to the Bank of Thailand, it is Thailand's fourth largest commercial bank in terms of total assets, deposits, and loans. 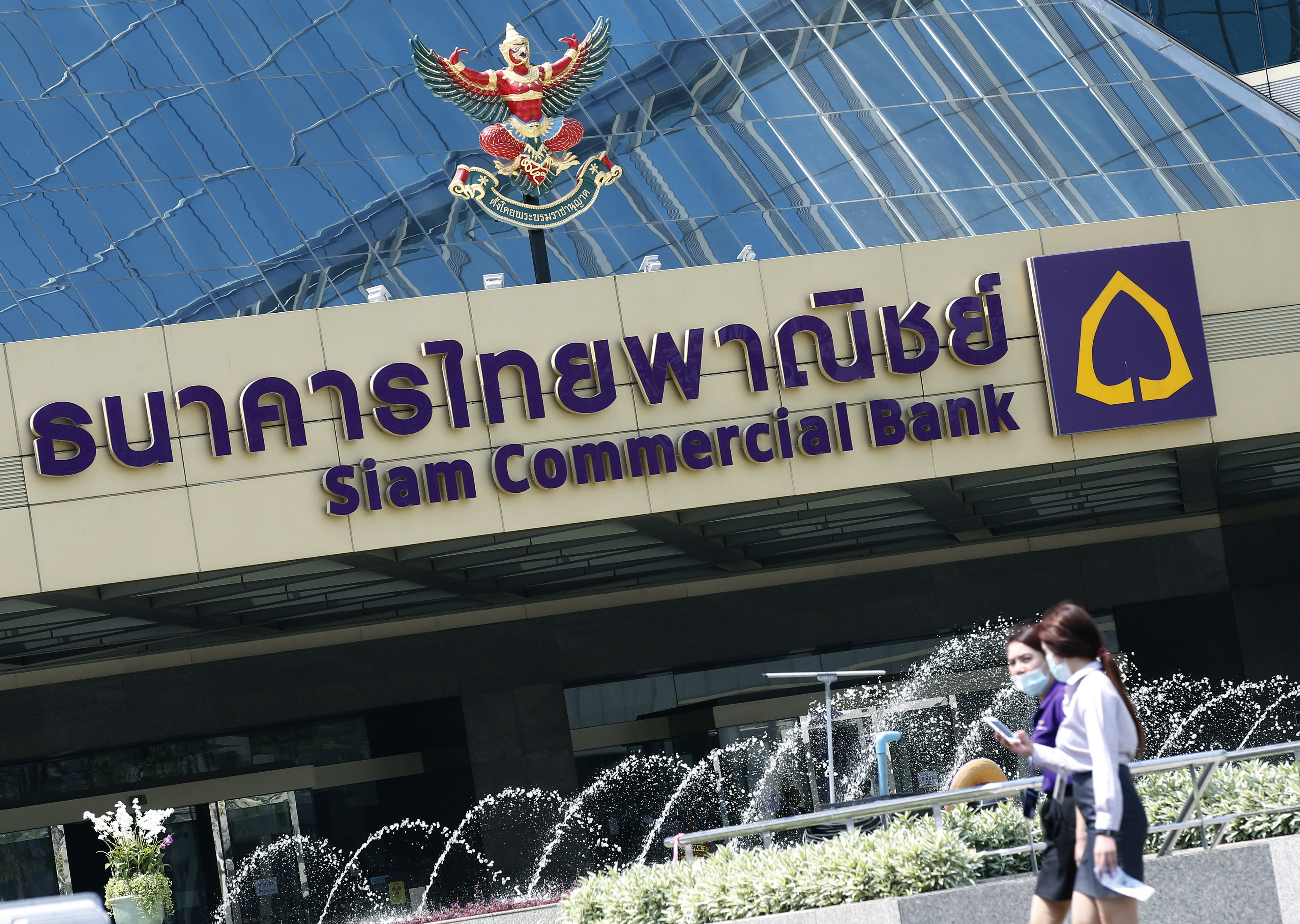 CIMB Group Holdings Berhad is a Malaysian universal bank headquartered in Kuala Lumpur and operating in high growth economies in ASEAN. CIMB Group is an indigenous ASEAN investment bank, the largest Asia Pacific (ex-Japan) based investment bank and one of the world's largest Islamic banks. CIMB has a wide retail branch network with 1,080 branches across the region.