Since there is no established standard, measuring a nation's level of happiness is difficult. Nevertheless, a number of factors can indicate whether or not people in that nation are content. Additionally, there are concerns about social interactions, financial security, freedom, and life expectancy.

The World Happiness Report has been in existence for ten years this year. The report has had a sizable and expanding readership from its inaugural year, reaching over 9 million in 2021. It's been referenced a lot. The Report's message, however, has been more significant.

The happiness of the populace, which can be measured and the factors that contribute to it are well understood, is the ultimate indicator of progress. Given this information, policymakers may now design their plans with people's pleasure in mind. We may all live wiser lives, too.

Find out more about the happiest nation in Southeast Asia by viewing this infographic. 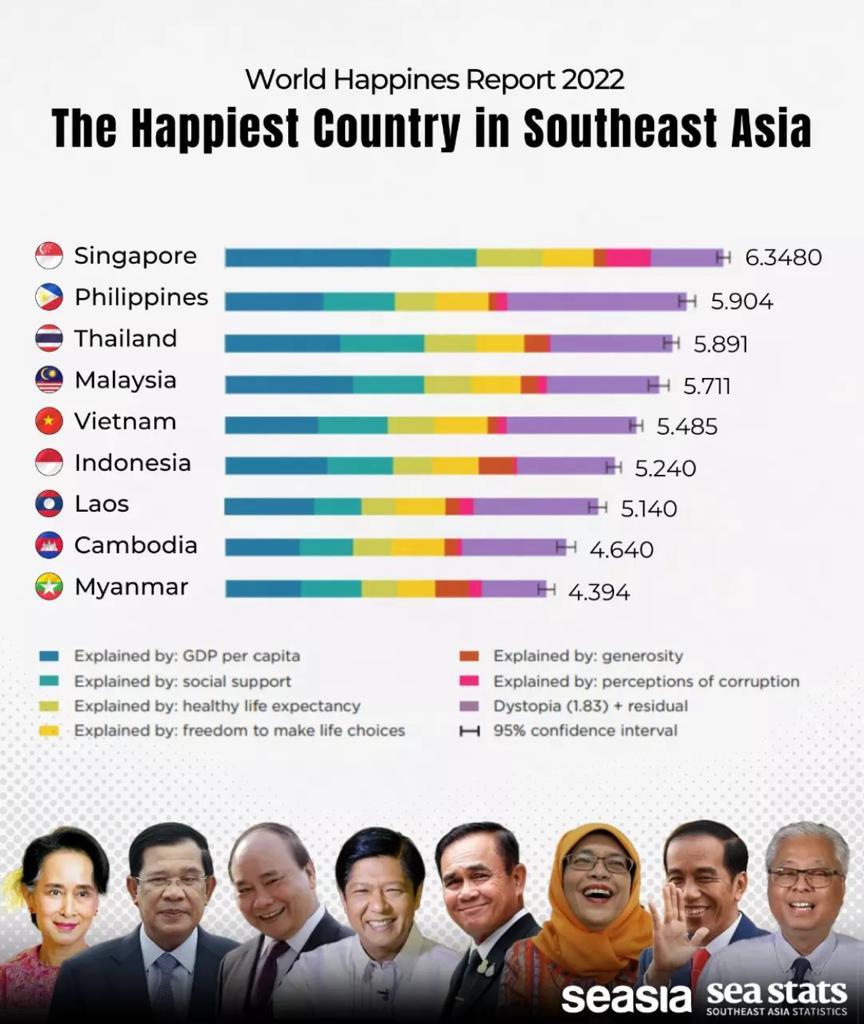 In order to explain international discrepancies in COVID-19 death rates in 2020 and 2021, the report revised its analysis of how many aspects of national demographic, social, and political systems have coupled with the results of policy decisions and disease exposure.

The extent to which people's pleasure is supported before, during, and perhaps after the pandemic depends on the quality of the social backdrop, specifically how much they trust their governments and other people's good intentions.

Lower COVID-19 death tolls were observed in nations where citizens trusted their leaders and one another, which helped to maintain or reestablish a sense of shared purpose that would result in happier, healthier, and more sustainable lives. Based on the tremendous increase in prosocial activities in 2021, this forward-looking section is allowed to have a positive undertone.

In Southeast Asia, smiles and laughter have increased through time, but they have decreased with time in South Asia. These two regions of Asia were the top and worst regions in the world in 2020 and 2021, respectively.

Eastern Europe and the CIS had the lowest rates of both smiling and laughing at the start of the Gallup World Poll in 2005-2006. Since then, they have steadily increased to surpass those in South Asia and the Middle East/North Africa.

Southeast Asia's level of anger is rather steady, hovering just below the midpoint of a noticeable range between its high level in South Asia and its low level in East Asia.