According to figures from the ASEAN Automotive Federation (AAF), the region's auto output increased 28.2 percent in the first eight months of this year.

According to AFF, the region's overall automotive output increased by 28.2 percent, or 2,804,386 units, from January through August of previous year to 2,804,386 units in the current period.

Thailand, the center of ASEAN's automobile industry, recorded a 14.4% increase over the first eight months of 2017 to 1,225,776 units. From January through August of this year, Indonesia's vehicle factories produced 920,376 units, a 33.2 percent increase over the 690,749 cars produced during the same time previous year. 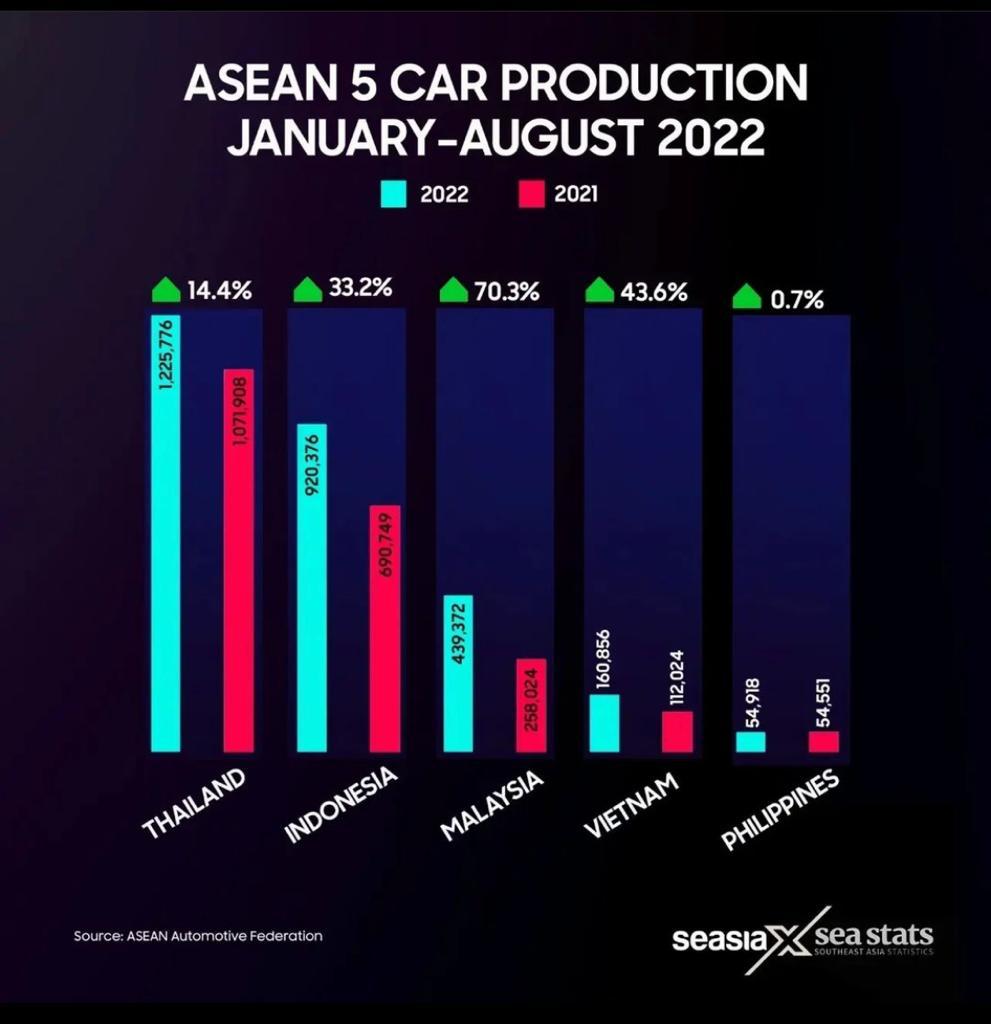 One of the major pillars supporting the expansion of the manufacturing sector and the national economy is the automotive industry. The neighboring Australia free trade deal, which was finalized in the spring of 2019, presents new potential for Indonesia's automotive sector.

A key step toward the recovery of Indonesian automotive products that meet international quality standards was made two years later when the Indonesian automobile sector was able to enter the Australian market. With the free trade agreement, automakers who have already established themselves in Indonesia can benefit from Australian import tax exemptions. 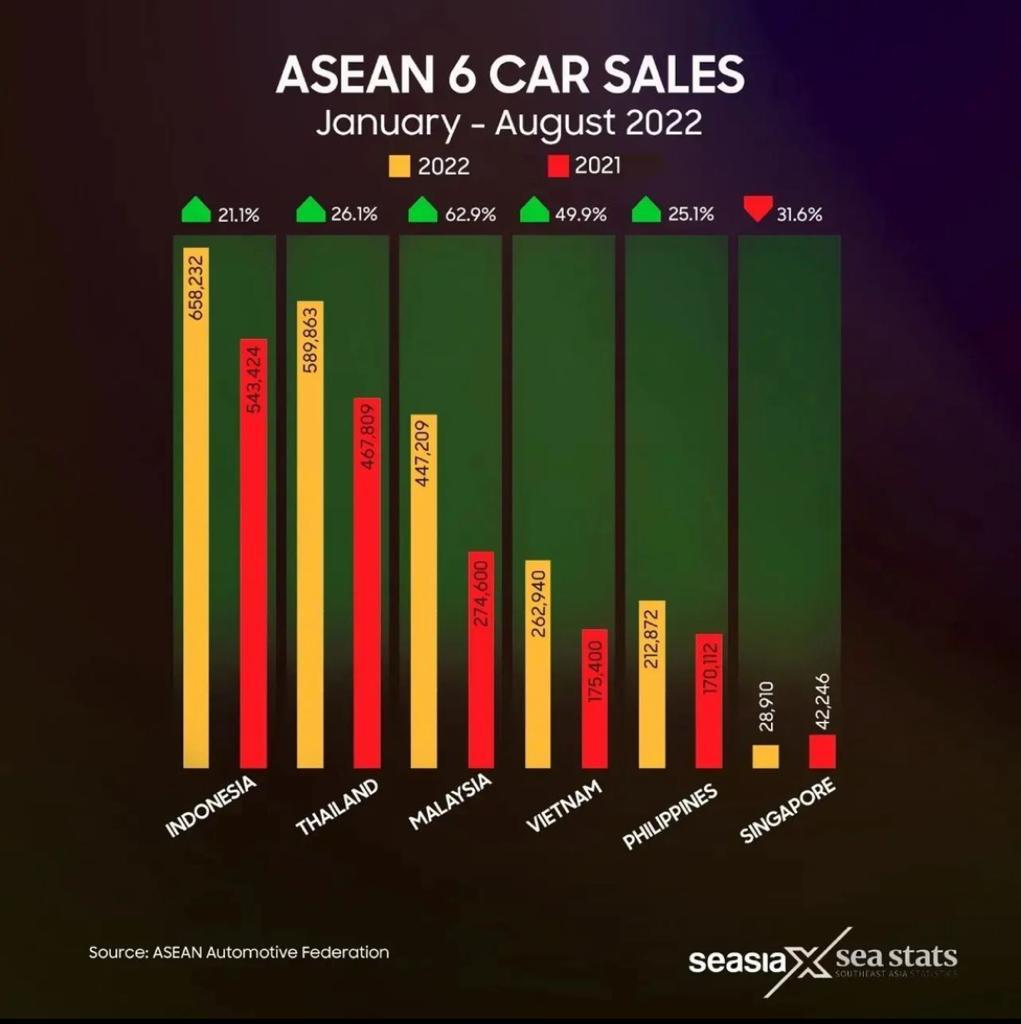 The ambitious target that Indonesia recently set was to increase the market share of electric vehicles in Indonesia to 25% of all vehicle sales by 2030.

The Indonesian government's goal, however, has been challenged by recent global events including the Russia-Ukraine war and the rise in COVID-19 cases in China, which clogged supply chains and sharply increased the cost of raw materials, driving up the price of electric vehicle batteries.