“Size matters not. Look at me. Judge me by my size, do you? Hmm? No. And well you should not,” Yoda once famously said. He certainly could have been speaking for tarsiers, a small primate found in Southeast Asia. What's Yoda to the tarsiers?

Well, two new species of tarsiers,  have been discovered in Indonesia, scientists announced in a new study published recently. This small primate may have inspired the character Yoda from Star Wars.

Tarsiers, noted for their enormous eyes, are found only on several islands of Southeast Asia. The new species live on the Indonesian island of Sulawesi, which is rich in animals that live nowhere else on Earth.

With the discovery of the new species (Tarsius spectrumgurskyae and Tarsius supriatnai), the number of recognized species from Sulawesi and nearby islands has risen to 11. "The discovery of these species is expected to help conserve the critically important regions in which they are found," said tarsier expert and study lead author Myron Shekelle of Western Washington University.

In fact, Indonesia is the third-richest country on Earth in terms of primate diversity, exceeded only by Brazil and Madagascar, according to study co-author Russ Mittermeier of Conservation International. Indonesia now has two more species to add to its already very impressive primate list, he added.

While these two species may look similar to each other, as well as other tarsiers, they have been identified as separate species by the sounds they make as well as other genetic data, Shekelle said. 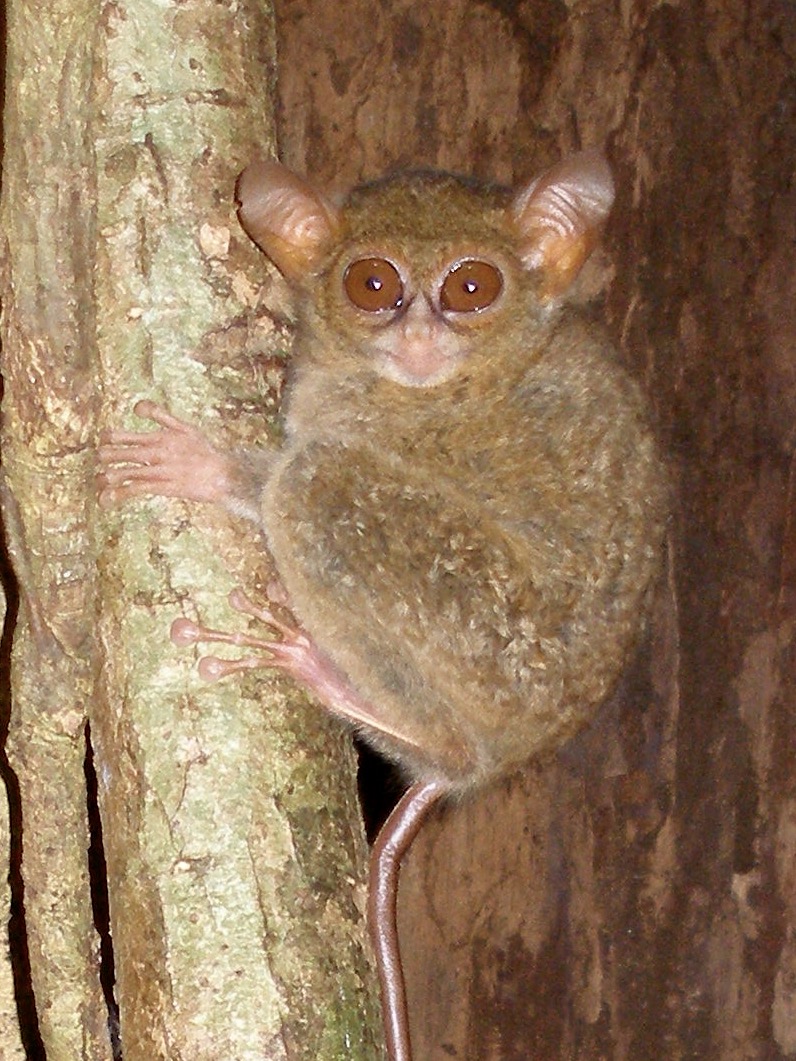 One of the new species of tarsius (Tarsius spectrumgurskyae) hangs out in Indonesia. (Photo: Myron Shekelle)

"To me the story is that scientists are in a race against time to identify and conserve the species-rich biodiversity on the world’s most geologically complex island, an island that is far larger and many times as species rich when compared with the much better known Galapagos Islands," Shekelle said.

Mittermeier said that “these two new species of tarsier from Sulawesi are the 80th and 81st primates new to science described since the turn of the century. This represents about 16% of all primate species, and is indicative of how little we know of our planet’s unique and wonderful biodiversity."

Overall, the majority of tarsier species are now endangered or threatened, and some are designated critically endangered, according to Endangered Species International.

Some fun facts about tarsiers: They have the largest eyes (relative to their body size) of any mammal; their eyes are about the same size as their brain; a typical adult male weighs about 4 ounces, or about the same as a stick of butter; and, like owls, tarsiers can turn their heads more than 180 degrees in either direction.

The study was published in Primate Conservation, a peer-reviewed scientific journal.

The announcement comes just in time for "May the Fourth be with you Day," a favorite for Star Wars fans. A group of primatologists has also designated May 4 as International Tarsier Day. 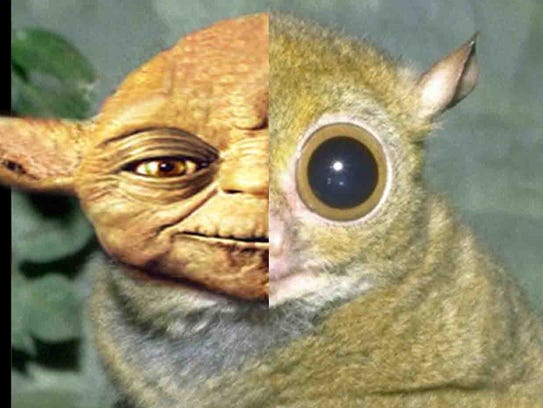 Separated at birth? Tarsiers may have been the inspiration for the 'Star Wars' character Yoda. (Photo: Myron Shekelle)