9 Mosques With Contemporary Designs That You'll Fall In Love With!

If you think all mosques look the same, think again.

Nowadays, contemporary designers are taking the architecture of mosques to a whole new level.

Architizer listed 8 mosques that blend religion and contemporary design and are simply beautiful pieces of art.

There are two that we can find in Southeast Asia!

Important note: Most of these mosques haven’t been built yet and are ongoing projects.

A contemporary mosque in Copenhagen, displaying a sculptural cluster of domes in a felicitous mix of Nordic and Islamic styles.

BIG Architects won a competition to design a mosque, Islamic center and museum in Tirana, Albania.

Their proposal is a formal inversion of the traditional domed mosque volume, with three buildings clustered around a public plaza that is intended as a spatial and programmatic extension of the internal spaces. 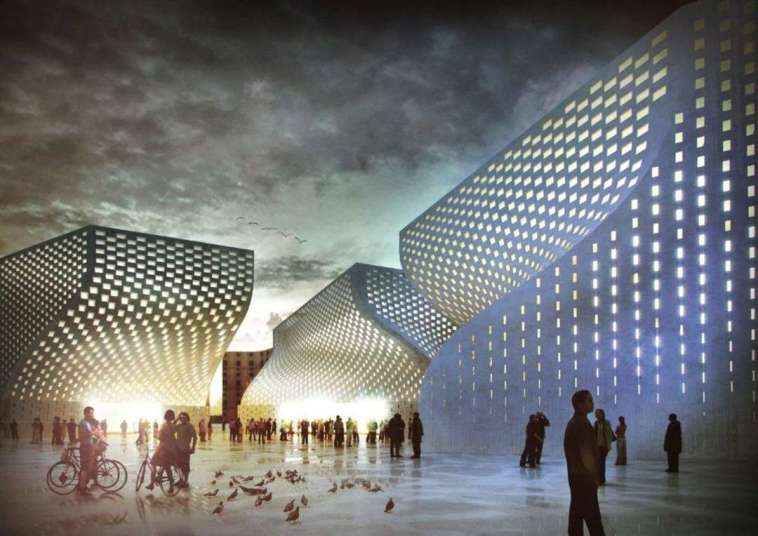 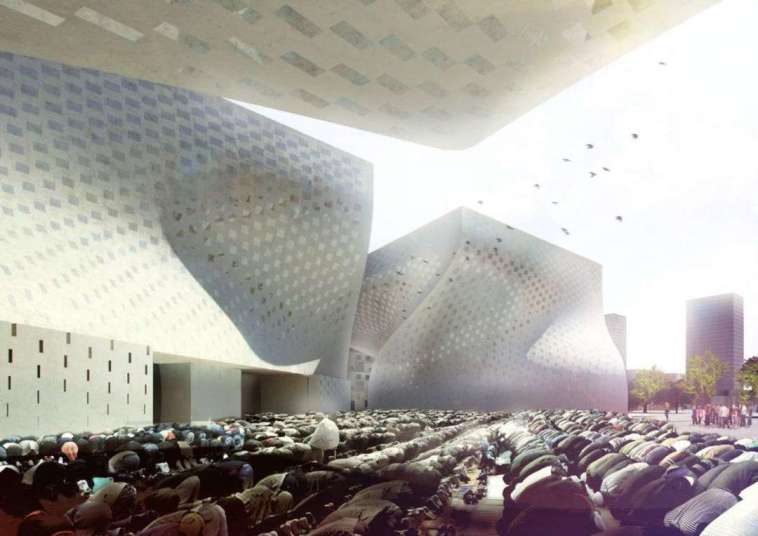 Constructed in 2013 in the Indonesian capital, this mosque is defined by distinctive white ribs that possess rhythmic qualities similar to buttresses seen in Christian ecclesiastic buildings.

The building’s architectural language is carried across to the mosque’s very modern minaret, comprising two intersecting fins and a loudspeaker that announces prayer time. The Vanishing Mosque, a minimalist open-air place of worship in an angular urban courtyard in the UAE.

The ground plane appears to have been lifted up by a single corner, forming a diminishing terrace of stone prayer steps oriented toward Mecca. 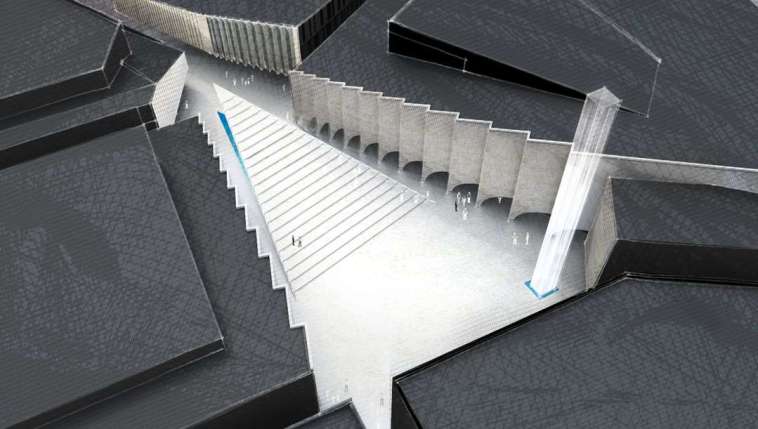 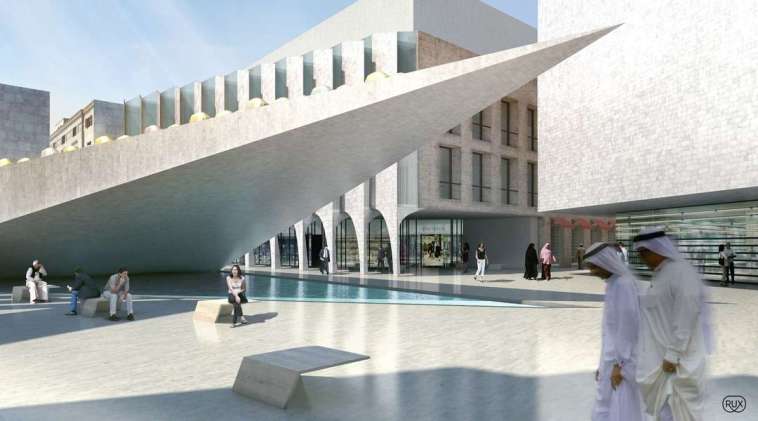 Manco Architects’ concept attempts to fuse the introverted privacy of the traditional “Kulliye” (a complex of mosque and supplementary buildings with various functions) with the open public spaces now popular in contemporary civic design.

The focal point is a simple, pixelated concrete box, employing a subtle use of light that transforms the mosque into an urban lantern by night.

This mosque is designed as part of a huge development in the fast-growing city of Riyadh, Saudi Arabia.

The proposal utilizes the traditional materials of black and white marble in a contemporary way, forming a faceted box covered with aluminum screens, each of which is laser-cut with abstract interpretations of the eight-pointed Islamic star.

This competition entry for a site on Istanbul’s prominent Camlica Hill aims to put nature at the heart of the mosque. A towering green wall of roses, jasmines, and other flowers wraps around a huge central plaza intended to evoke the sensation of gathering with a Garden of Eden.

The concept will remain just that, however, as the winning design for a highly traditional mosque by Bahar Mizrak and Hayriye Gül Totu is now under construction.

Perhaps the most unorthodox design in our collection, Venturella’s competition proposal for Prishtina in Kosovo is envisaged as a monolithic marriage of the two primary elements of mosque architecture, the “Kiblah Wall” and the “Dome.”

The modern abstraction of these elements is complemented by the modern treatment of its external surface, which incorporates photovoltaic louvers to help power the complex. 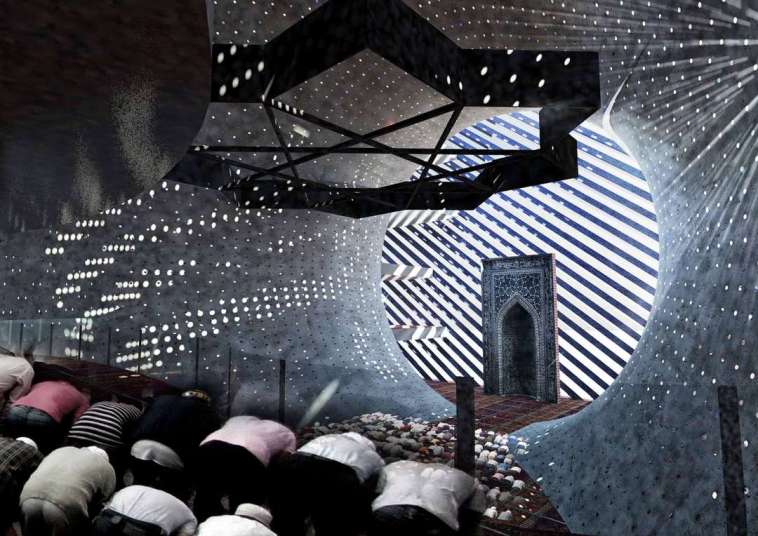 The layout concept is based on a Pending, or a royal belt buckle.

The design of the mosque is contemporary modern and incorporates traditional Islamic design elements. The goal of the design is to portray Islam as a progressive religion, as well as reflecting the simplicity and purity of modern Malaysian mosque architecture.