Astonishingly well-preserved mushrooms that were trapped in amber some 99 million years ago have been discovered in a museum collection in China.

The researchers also found similarly pristine beetles that are 125 million years old, again encased in amber, which is clear tree resin that sets hard then fossilises over time.

Though mushrooms are typically found in the wild, researchers in China have discovered what they describe as the earliest complete mushrooms ever found inside a museum.

The oldest amber mushroom ever found is only a million years older than the newly described examples, which were found among 111,000 pieces of amber from Burma, in the Nanjing Institute of Geology and Palaeontology in China.

The researchers appeared taken aback by how well the latest discoveries were preserved and also how similar to modern mushrooms they were. 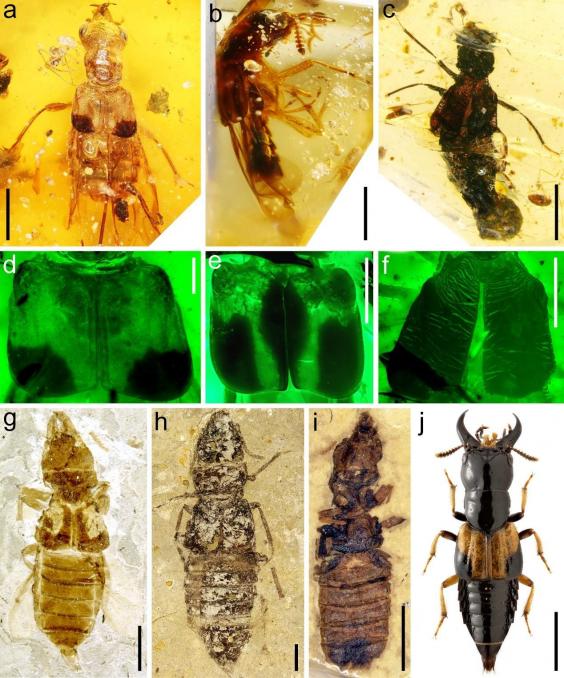 Mushrooms don't typically last long and have very limited fossil records, the study said. However, these newly discovered specimens were found with their caps and stalks completely intact, as well as with distinct gills underneath the caps.

“Most [mushroom] fruiting bodies are ephemeral, and their fossil record is limited,” they wrote in the journal Nature Communications.

“The discovery of four mushroom forms, most with a complete intact cap containing distinct gills and a stalk, suggests evolutionary stasis of body form for 99 million years.”

The mushrooms are among the oldest ever found in amber. The earliest-known so far were dated to just a million years earlier.

A 440-million-year-old fossil of a fungus that looked like a mushroom has also previously been discovered in Scotland and Sweden.

The rove beetles described in the journal were found in amber from Burma and north-eastern China.

The fossilized beetles feature many characteristics similar to those of the modern-day insects, such as large mandibles near their mouthpieces that are used to grasp or crush their food, according to the study. The scientists believe the insects existed roughly 125 million years ago.

“Interestingly, the mouthparts of these rove beetles, including enlarged mandibles, match those of modern [beetles] and indicate a mushroom feeding habit,” it said.