World's $80 Trillion Economy in One Chart, and How Much Southeast Asian Economies Contribute to It

The latest estimate from the World Bank puts global GDP at roughly $80 trillion in nominal terms for 2017.

Today’s chart from HowMuch.net uses this data to show all major economies in a visualization called a Voronoi diagram – let’s dive into the stats to learn more.

Here are the world’s top 10 economies, which together combine for a whopping two-thirds of global GDP. 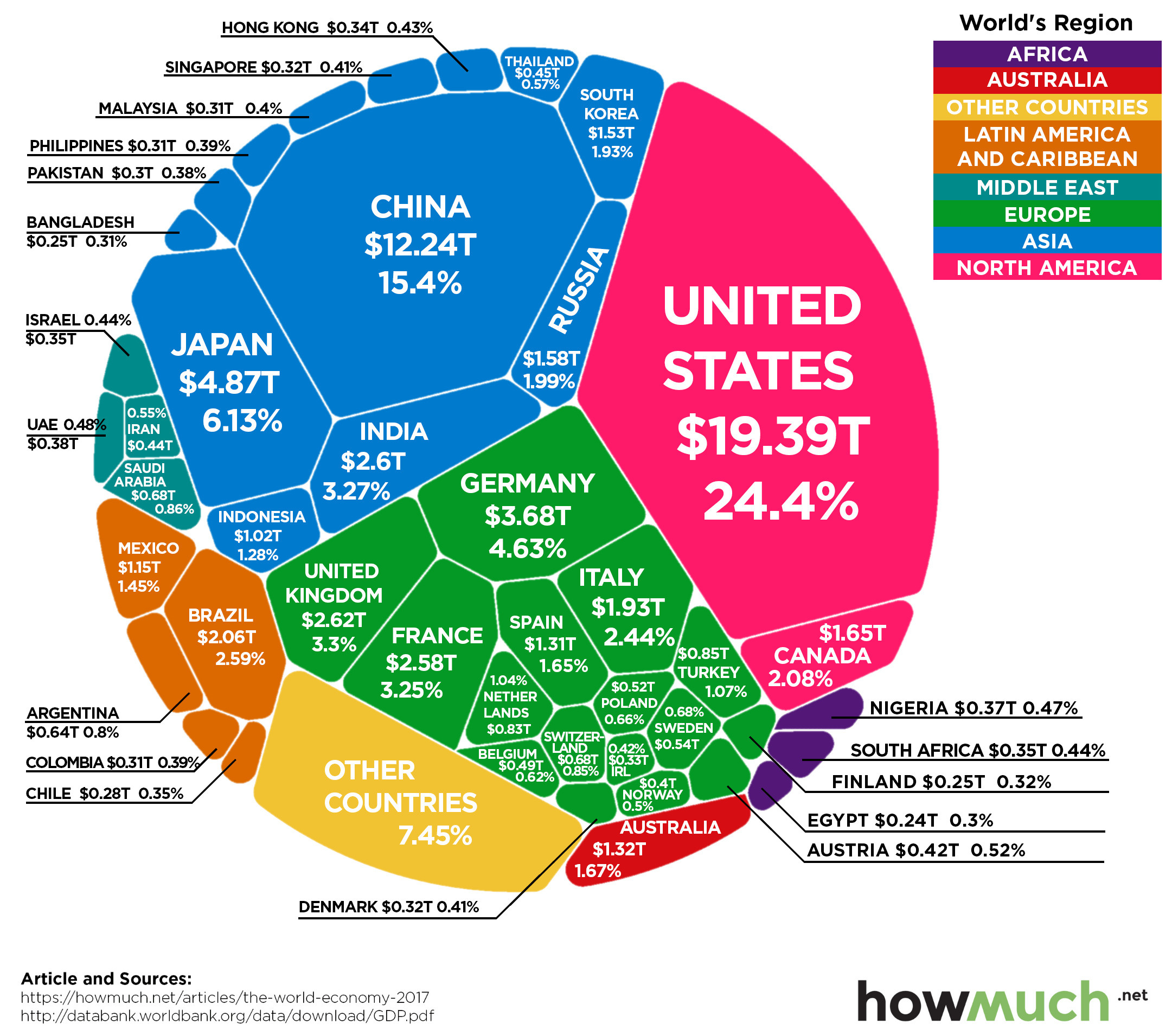 In nominal terms, the US still has the largest GDP at $19.4 trillion, making up 24.4% of the world economy.

While China’s economy is far behind in nominal terms at $12.2 trillion, you may recall that the Chinese economy has been the world’s largest when adjusted for purchasing power parity (PPP) since 2016.

The next two largest economies are Japan ($4.9 trillion) and Germany ($4.6 trillion) – and when added to the U.S. and China, the top four economies combined account for over 50% of the world economy.

Over recent years, the list of top economies hasn’t changed much – and in a similar visualization we posted 18 months ago, the four aforementioned top economies all fell in the exact same order.

However, look outside of these incumbents, and you’ll see that the major forcesshaping the future of the global economy are in full swing, especially when it comes to emerging markets.

Here are some of the most important movements:

India has now passed France in nominal terms with a $2.6 trillion economy, which is about 3.3% of the global total. In the most recent quarter, Indian GDP growth saw its highest growth rate in two years at about 8.2%.

Turkey has surpassed The Netherlands to become the world’s 17th largest economy, and Saudi Arabia has jumped past Switzerland to claim the 19th spot.

In Southeast Asia, Indonesia is the only nation whose GDP already surpassed $1 trillion timeline 2 years ago. Thailand, Singapore, Malaysia, and the Philippines are making up a significant chunk of Asian GDP.