The district of Temburong in Brunei, with its flowing hills, lush flora, and babbling streams, is home to great expanses of unspoiled rainforests and rich varieties of rare animals and plants. Even in this country where three quarters of the land is covered by forests, the area stands out and is known as the Brunei's "green jewel."

The forests are protected in the Ulu Temburong National Park. "Ulu"-meaning "faraway" in Malay-is appropriate for the area as an exclave separated from the rest of Brunei. Travelling to the district has once been a tiresome experience, but that will soon be permanently changed by the sea-crossing Temburong Bridge, which spans the Brunei Bay and connects it to Brunei-Muara district. The most challenging part of the construction is the CC4 section, and it was contracted to China State Construction Engineering Corporation (CSCEC).

Equipment in the air

Deep in the rainforests, a dozen crawler cranes were working on the construction site above virgin swamps. Their bright yellow color formed a striking contrast against the leafy green backdrop. It was in crossing the virgin swamps that the CC4 section earned its place as the most difficult section of the entire sea-crossing bridge project, both technologically and operationally. It has deterred many teams before.

To minimize impact on the environment, the construction of Temburong Bridge adopted the British standards. All construction plans were carried out under the Bruneian government's Environmental Impact Assessment (EIV) framework, which comes with stringent environmental regulations. On the basis of that, CSCEC further established its own green construction evaluation system and developed an "elevated" construction method where all pier and beam works were accomplished on a mobile steel platform. This way, no equipment made contact with the rainforests or the swamps, and the bridge was essentially built on top of another bridge. 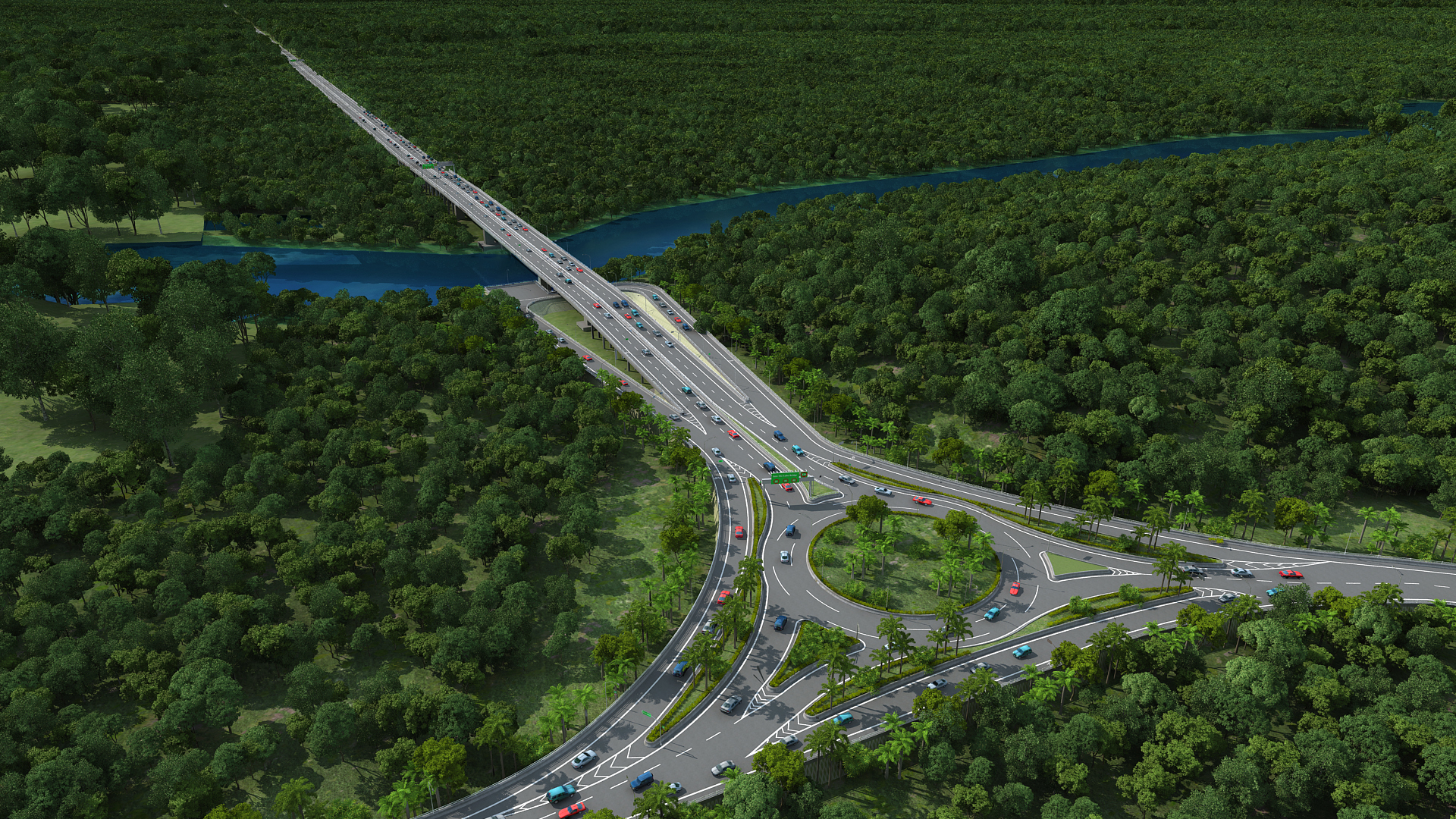 All prefabricated components of the project were manufactured in China, shipped to Brunei, and assembled on site, like putting together a set of building blocks. This allowed CSCEC to not only make more efficient and adaptable use of the space on the construction site, but also spare the primeval forest from the dust and slurry typically produced during concrete works.

"It's unbelievable such a nearly impossible project is actually happening," said Suhaimi Gafar, Brunei's minister of development, during his visit to the viaduct construction.

No disturbance to monkeys' rest

To minimize the impact on nature, CSCEC also put together a team of eight environmental protection experts led by Huang Lin, who graduated from Universiti Brunei Darussalam. Huang said that the starting point of all environmental protection is the understanding that any sort of construction work in the forests is by nature a human intrusion into wildlife habitat.

The Temburong primeval forest is populated by a wide range of wild animals, with birds, snakes, crocodiles, monkeys, and frogs being the most commonly encountered. To ensure wildlife is left undisturbed, the environmental protection team offered all workers entering the site rigorous training, and even required to keep the noise level at the standard where it would not affect the rest and sleep of monkeys. 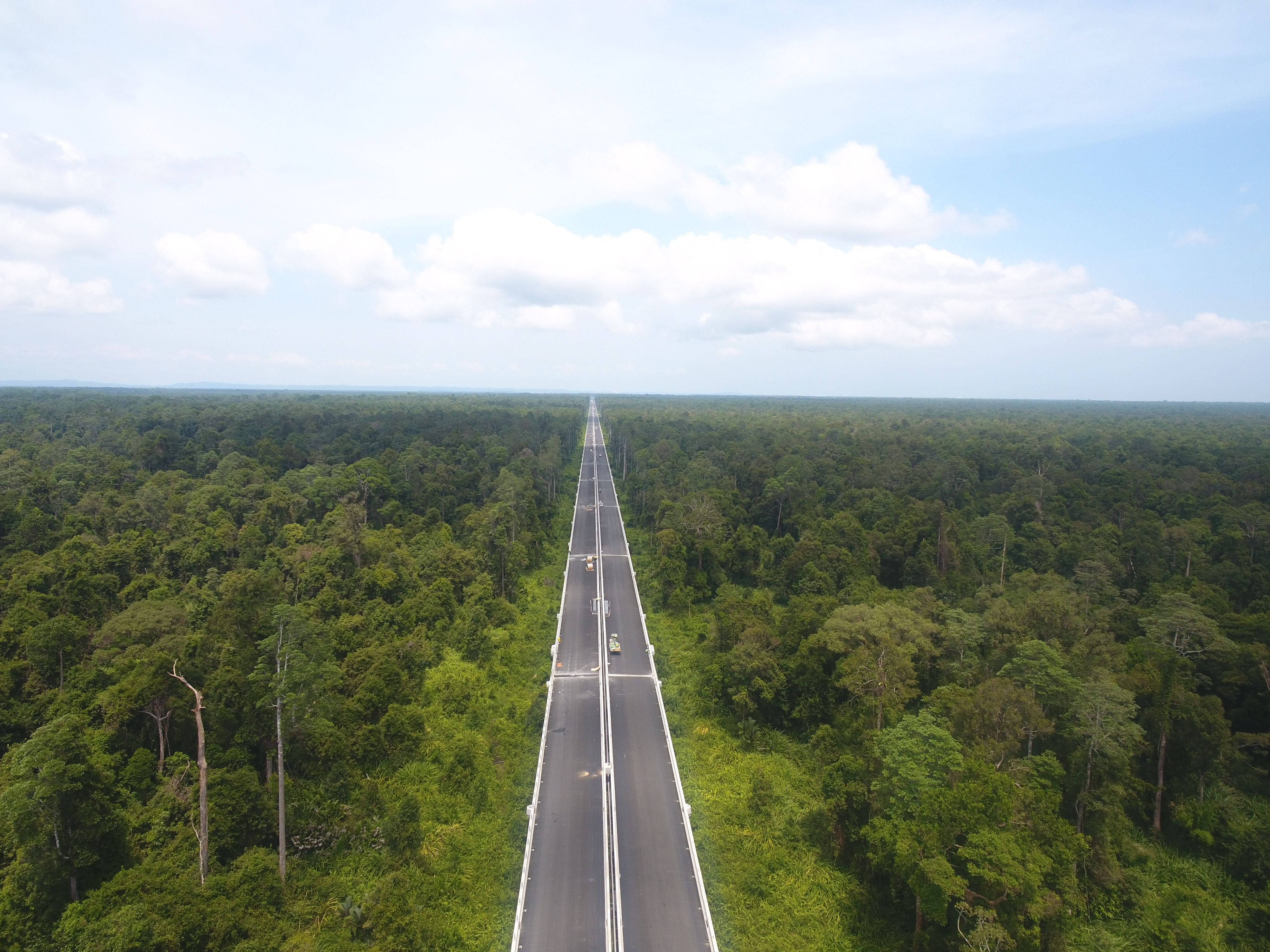 According to the Bruneian environmental protection law, it is illegal to cause any injury to animals in the forests. Any witness of animal showing up on the construction site or the team's field camp must be reported to the government. According to construction workers, snakes and serpents were the most frequent visitors, making stopovers from time to time. In those circumstances, workers patiently waited for them to leave on their own, and the CSCEC team made reports to the government immediately after every encounter.

The protection of plants allowed no room for slacking off either. Any topsoil-stripping outside the 50-meter radius of bridge construction, or any damage to the trees by equipment, was reported to the Bruneian forestry authority. According to Md Sabuj Howlader, a supervisor from Bangladesh, workers were fully informed of the significance of keeping forests intact and uncontaminated. Even breaking a branch could incur financial compensation.

From a bird's-eye view, the Temburong Bridge looks like a silver ribbon sliding over a stunning green jewel. With the opening of the sea-crossing bridge in sight, the "green jewel" will be fully incorporated into the development of Brunei with an even brighter future.