Although the United States has no official language, English is the most commonly spoken language within the country, and the explanation for this is very simple. America, before gaining its independence, was a British colony. The country, therefore, inherited much of its culture as well as language from the British. A majority of the country’s population has British ancestry which, along with other factors, has contributed to English standing strong within American language and culture. English is used in official platforms across most states, and almost the entire population has basic knowledge of English. Still, other languages are gaining traction as being frequently used within America’s borders, and we look at some of the most prominent influences on this trend.

Following English, the most spoken languages in the United States are Spanish, Chinese, French, Tagalog, and Vietnamese.

The US Census Bureau's American Community Survey annually asks more than 1 million Americans questions about their lives, families, and backgrounds. One question asks respondents what language they mainly speak in their homes. 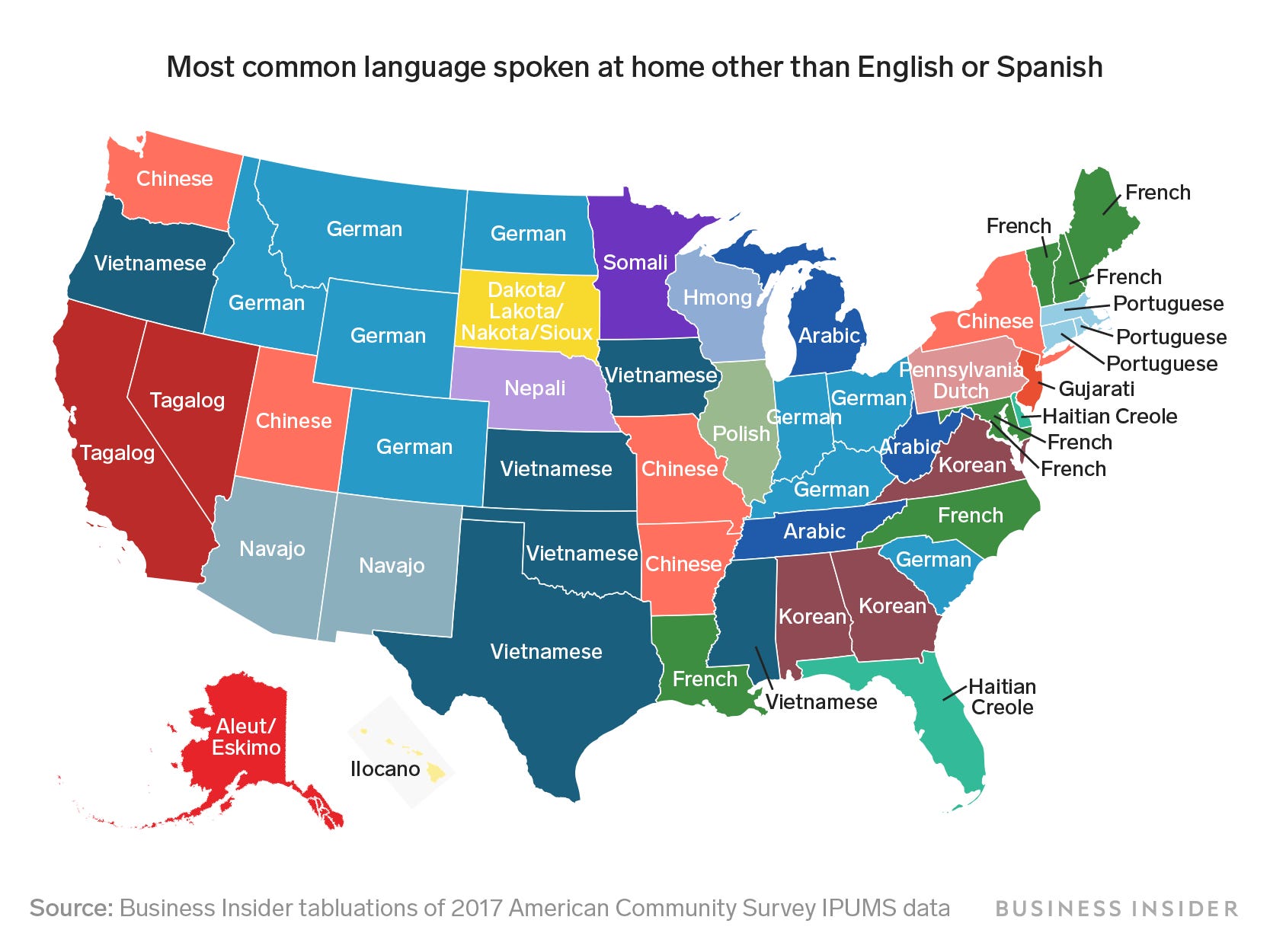 Using individual-level responses from the 2017 American Community Survey assembled and published by the Minnesota Population Center's Integrated Public Use Microdata Series program, we found the most common language spoken at home in each state, excluding English and Spanish.

English is, unsurprisingly, the most commonly spoken language across the US, and Spanish is second most common in 46 states and the District of Columbia. So we excluded those two languages in the above map.