It's a regular on different most beautiful island lists. It's an archipelagic province of the Philippines, located to the east of the country, between the Sulu Sea and the South China Sea.

Steep, jungle-clad mountains rise from the azure ocean here, forming numerous secluded coves and deserted beaches. The marine life is similarly beautiful, with coral reefs that are home to schools of multicolored fish, and barracudas who have made shipwrecks their playground in Coron Bay.

Palawan was named one of the world's best islands by various international tourist magazines, so it's no surprise that it still drew the attention of the international media.

Paradise islands can be found across Asia, mainly in the Philippines. However, Palawan, home to the UNESCO-protected Puerto Princesa subterranean river, is one of the most beautiful islands in the archipelago nation.

El Nido, in the north of the island, boasts a range of shops and comforts, but true paradise awaits those who venture away from the main settlements and discover the east coast's unspoiled beaches.

Explore the network of azure lagoons and sheer limestone cliffs, or travel south to witness the breathtaking views of Puerto Princesa. In this wonderland, often regarded as the country's last frontier, you will never run out of things to discover.

For most travelers, it's a dream vacation destination, with towering limestone rocks rising from crystal-clear oceans that stretch to the horizon.

It is the ideal retreat for ecotourism enthusiasts and adventurers in nature because of its distinct and clean nature. You don't have to dive to appreciate the beauty of the ocean's bottom, but if you do, your eyes will be treated to a kaleidoscope of colors.

Furthermore, the biodiverse island of Palawan is home to roving giant lizards, fireflies embellishing mangrove trees, and many other unusual and endemic living forms. 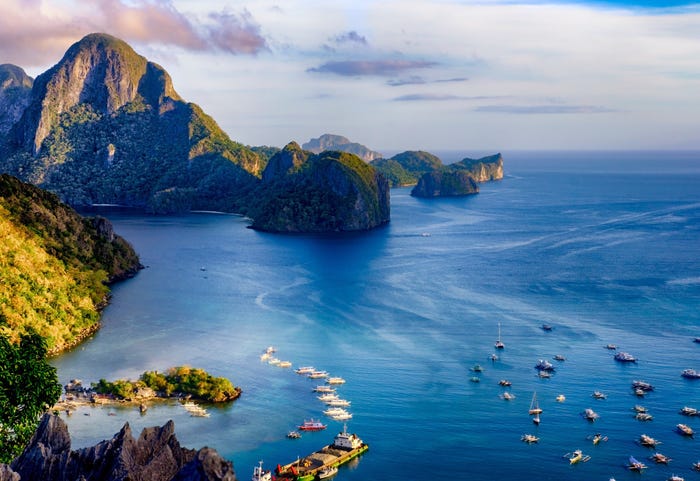 The travel portal praised Palawan for its "white sandy beaches and beautiful forests." El Nido, a series of 45 islands off the coast of Palawan noted for its Secret Lagoon, received special attention. "You'll agree it's one of the greatest islands in the world as soon as you step foot here," the message added.

According to the magazine, the "perennially popular" Palawan scored 90.87 points, up from 6th place last year, with one reader praising it as the "single most magnificent site I have ever seen."

Palawan entices both local and foreign visitors with its clean oceans, white-sand beaches, and iconic limestone formations, making it one of the world's most talked-about locations.

Try including the following Big World 7's top 10 islands in your next vacation plan, whether you want to relax or host a beach party:

The Philippines is the only country from Southeast Asia on the top ten list. 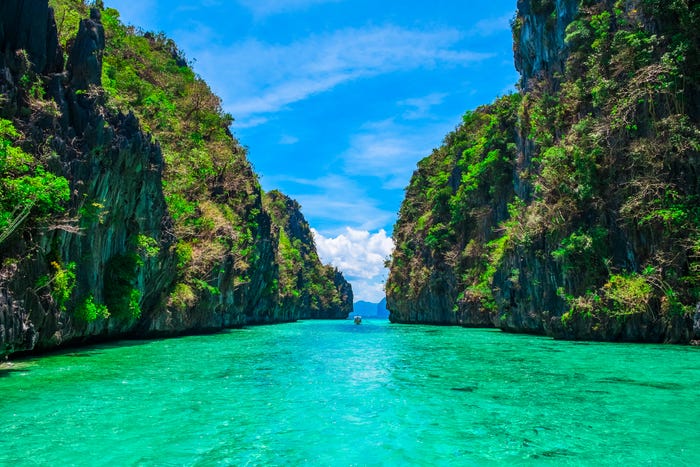 The tropical island was named Asia's sixth finest island by Travel + Leisure magazine. Palawan, which is well-known around the world, was named one of the Top Islands in Asia's World's Best Awards survey, earning an 88.63 score.

The Andaman Islands in India, Koh Samui in Thailand, Bali in Indonesia, and the Maldives are among the other stunning islands on the list. Not only did the magnificent make this year's regional ranking at No. 5, down from No. 1 last year, but it also won a spot on the World's Best Islands list.

Palawan is known for its mountains and white-sand beaches, which are kissed by the Sula and South China seas. Furthermore, resorts range from eco-chic hideaways to the opulent Amanpulo, which can only be reached by private plane. The resort's 58 casitas and villas are tucked away in the lush hillside and along the beach, each with its own butler and chef.

The Department of Tourism was ecstatic when the world-famous island of Palawan was added to the list.

"The honor given to Palawan speaks for the country's tourism hotspots, which are still on vacationers' thoughts. Natural beauty of the Philippines, along with world-renowned Filipino friendliness, make locations like Palawan genuinely one of the best in the region, if not the globe," Tourism Secretary Berna Romulo-Puyat said.

"According to T+L readers, the best islands in the world are the kind of Instagram-perfect getaways that tourists think about on winter evenings: romantic, sun-drenched landscapes surrounded by the clearest waters. And, because there's an island location for everyone, defining "paradise" is likely to come down to personal preferences — history, culture, adrenaline-pumping adventure, or something else else, according to the report.