Peranakan cooking is labor-intensive and time-consuming. It is a Southeast Asian cuisine with multicultural roots that was invented and popularized by nyonyas (Peranakan women). Preparation of a single dish can take several days.

Consider the dish ayam buah keluak (chicken stew with black nuts). Before extracting the black paste within the buah keluak nuts, which are native to Malaysian and Indonesian mangroves, they must be soaked in water for three to five days, changing the water daily.

In addition, Peranakan women would clean and cut whole fresh chickens and pound ingredients like turmeric, lemongrass, and shallots in a mortar and pestle to prepare rempah (spice paste). 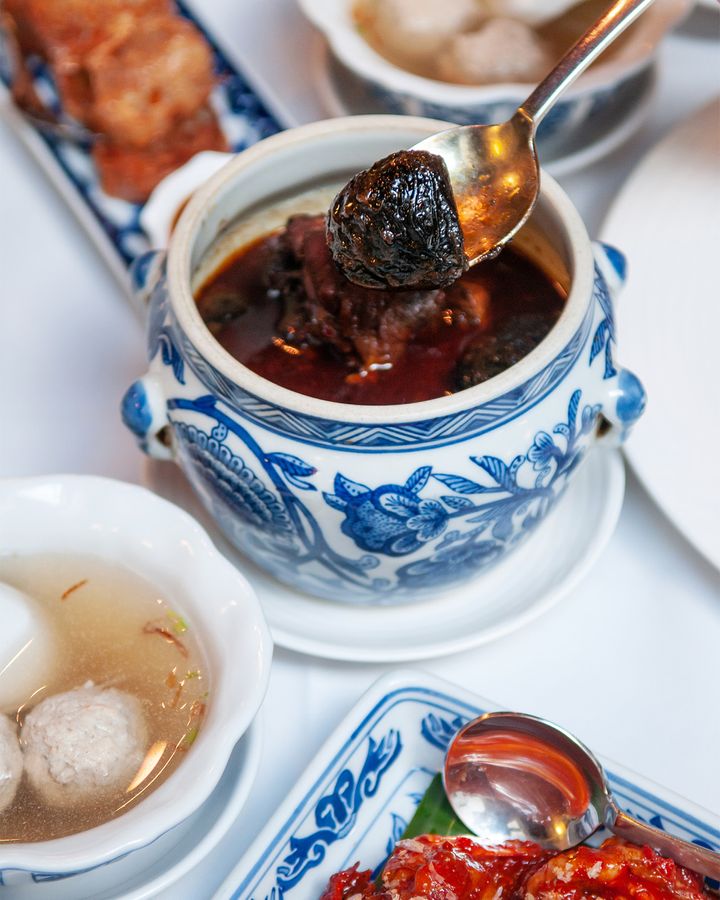 Despite its difficulty, this recipe has been passed down from six hundred years ago till now.

Peranakan cuisine is recognized for its vibrant colors and abundance of native herbs and spices, which give the meals their unique flavors. They can be spicy, salty, and slightly sweet, like babi pongteh (pork cooked in fermented soybean gravy); or sour, spicy, and umami-packed, like ikan asam pedas (spicy tamarind fish).

Because most meals call for the ingredients to simmer for an extended amount of time, all of their flavors are released into the gravies, resulting in a delicious, decadent sauce that you can pour over rice or noodles or dip your bread in.

Pandan leaves, gula melaka (palm sugar), turmeric, and blue pea are used to naturally colour desserts in vibrant shades of green, brown, yellow, and blue. A few drops of blue pea tea are added to the batter and twisted to give each pancake a gorgeous blue spiral when creating apom berkuah (rice flour pancakes). 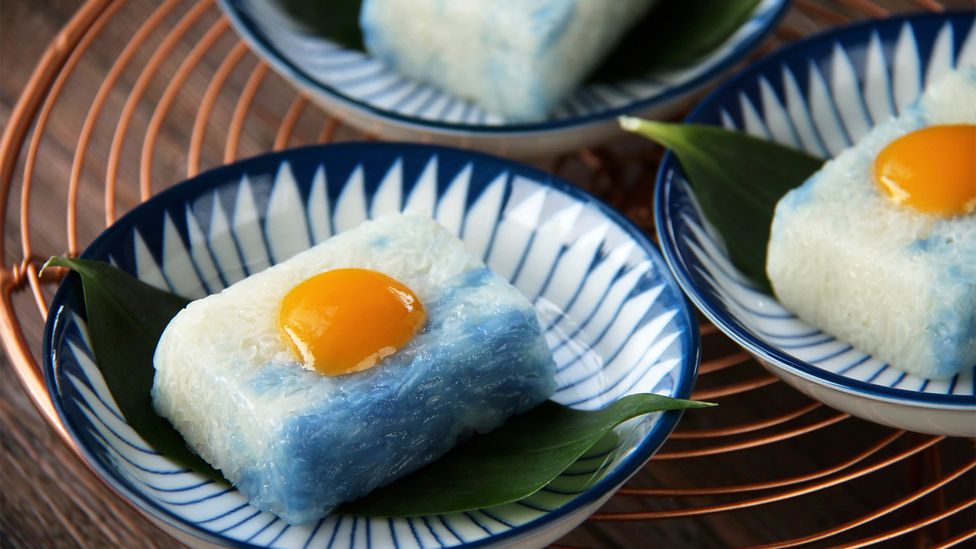 Peranakan cuisine is unique to Malaysia, Singapore, and Indonesia, and dates back to the 15th century. It's commonly referred to as one of Southeast Asia's earliest fusion cuisines, as it combines Malay, Chinese, European, and Indian elements.

Men from South India, China, and Europe, many of them were unmarried, had sailed to Southeast Asia in search of sea trade riches. Some of them landed in the Malay Archipelago's port cities of Malacca, Penang, and Singapore, where they began families with native Southeast Asian women. Peranakan, which means "local born," was the name given to descendants of these merged families.

Women were in charge of the home in a patriarchal society. According to Lee Geok Boi, author of In A Straits-Born Kitchen and other cookbooks, they cooked in a style they learned from their Malay and Indonesian mothers: lots of stews and curries cooked in a plethora of local herbs and aromatics – lemongrass, blue ginger, pandan leaves, to name a few – which helped to preserve the food in a tropical climate without refrigeration.

They did, however, mix traditional food and cooking skills with goods brought in via trade. Spices such as coriander and cumin were imported by South Indian traders, while chilies were brought by the Portuguese after they conquered Malacca in 1511. 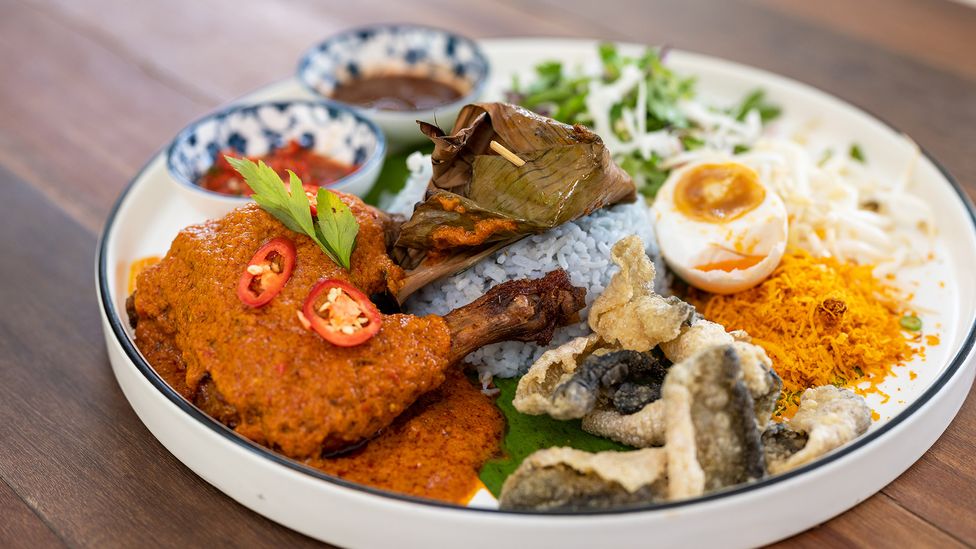 Before the Great Depression and World War II, Peranakan culture reached its pinnacle in the late 19th and early 20th centuries. The British had conquered Malaya at the time, and the Peranakans served as a link between the colonial settlers and incoming immigrants from China and India.

As administrators and company owners, the Peranakan learnt English, converted to Christianity, and gained money.

Servants were used by many wealthy Peranakan families. The ladies were able to spend more time in the kitchen now that they had more free time. "The combination of invention, affluence, and openness resulted in a fantastic fusion cuisine," said Dr Lee Su Kim, a sixth-generation nyonya who has published fiction and nonfiction books about Peranakan culture.

Despite the fact that Peranakan girls were among the first females to receive an education at this time, domestic skills such as cooking remained an important part of their upbringing — learning to cook in preparation for marriage was a source of pride.

Mothers of young males approaching marriageable age would visit friends with daughters around the same age to hear the girls pounding spices in the kitchen with their mortar and pestle, according to Oon. If her pounding was correct, the girl was thought to be a good cook.

Nonetheless, being able to prepare Peranakan cuisine is no longer a signifier of female identity. Many babas, or Peranakan men, prepare it, and some of them now manage restaurants, such as Malcolm Lee's one Michelin-starred Candlenut in Singapore, and MasterChef Singapore judge Damian D'Silva's Rempapa in the city.

Peranakan has survived and evolved for almost 600 years. For modern-day Peranakans, the exquisite dishes passed down through generations, whether served in restaurants or at home, are a reminder of their rich, nuanced background and the connection they enjoy over family dinners.