According to the IMD World Competitiveness Ranking 2022, Denmark, Switzerland, Singapore, Sweden, Hong Kong, the Netherlands, Taiwan, Finland, and Norway were the most competitive nations in the world.

In the 34-year history of the rating, Denmark rose to the top spot in 2021, finishing third. In particular, Denmark performed outstandingly on the business efficiency factor (first) and the productivity and efficiency (first) and management practices (first) sub-factors. Switzerland dropped to second place (from first) and Singapore recovered to third (from fifth).

“Denmark is the most digitally advanced country in the world and is now in the top spot thanks to good policies, the benefits of being a European country, a clear focus on sustainability, and the drive of its nimble business sector,” said Professor Arturo Bris, director of the CMI. 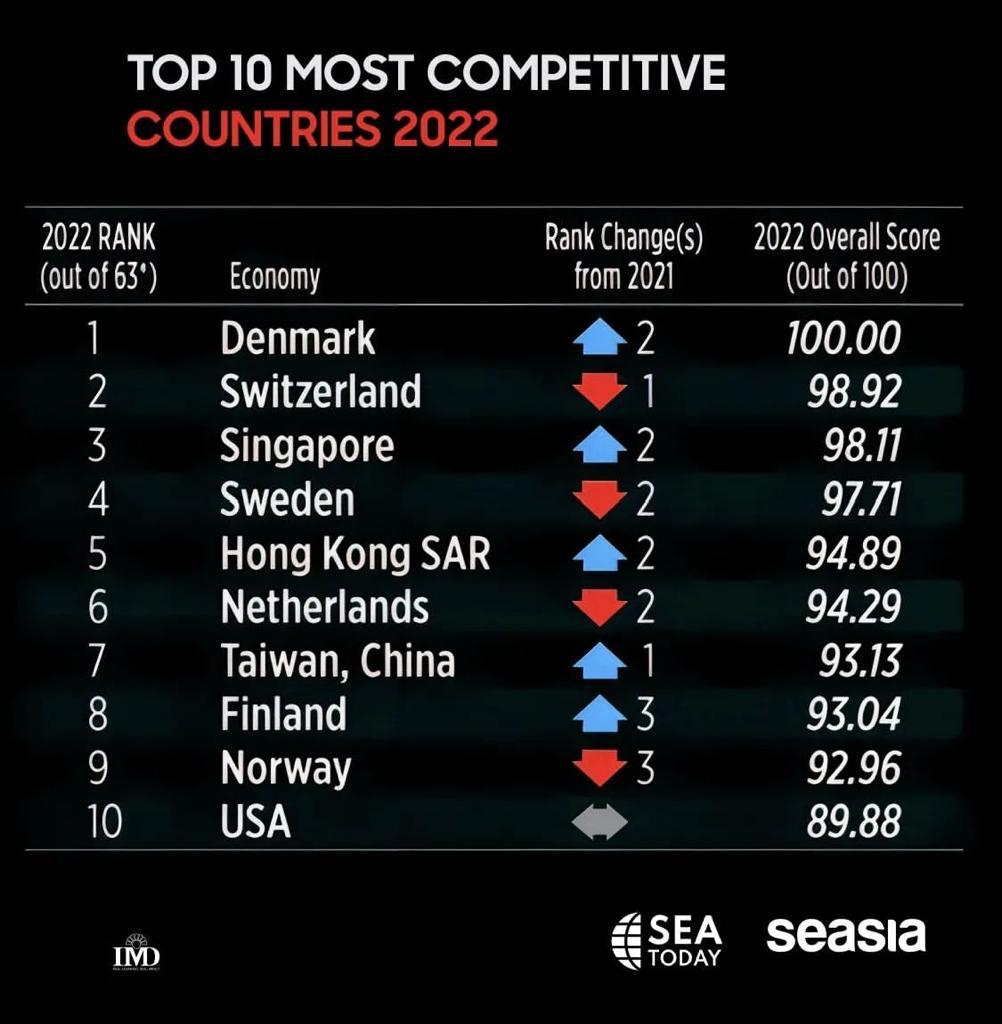 In spite of this, it was discovered that Singapore continues to rank in "relatively low positions" for a number of factors, including management practices (14th), scientific infrastructure (16th), and health & environment (25th), and "experiences some declines" in "societal framework" (17th to 22nd), "labor market" (4th to 12th), and "attitudes & values" (9th to 12th).

The research also highlighted that Malaysia "experiences the sharpest downturns" and "falls the most positions" in its "business efficiency" and "infrastructure" categories, respectively, while Thailand "drops the most places" in its "government efficiency" criterion. For the "infrastructure" criterion, Indonesia "gains the maximum number of spots." 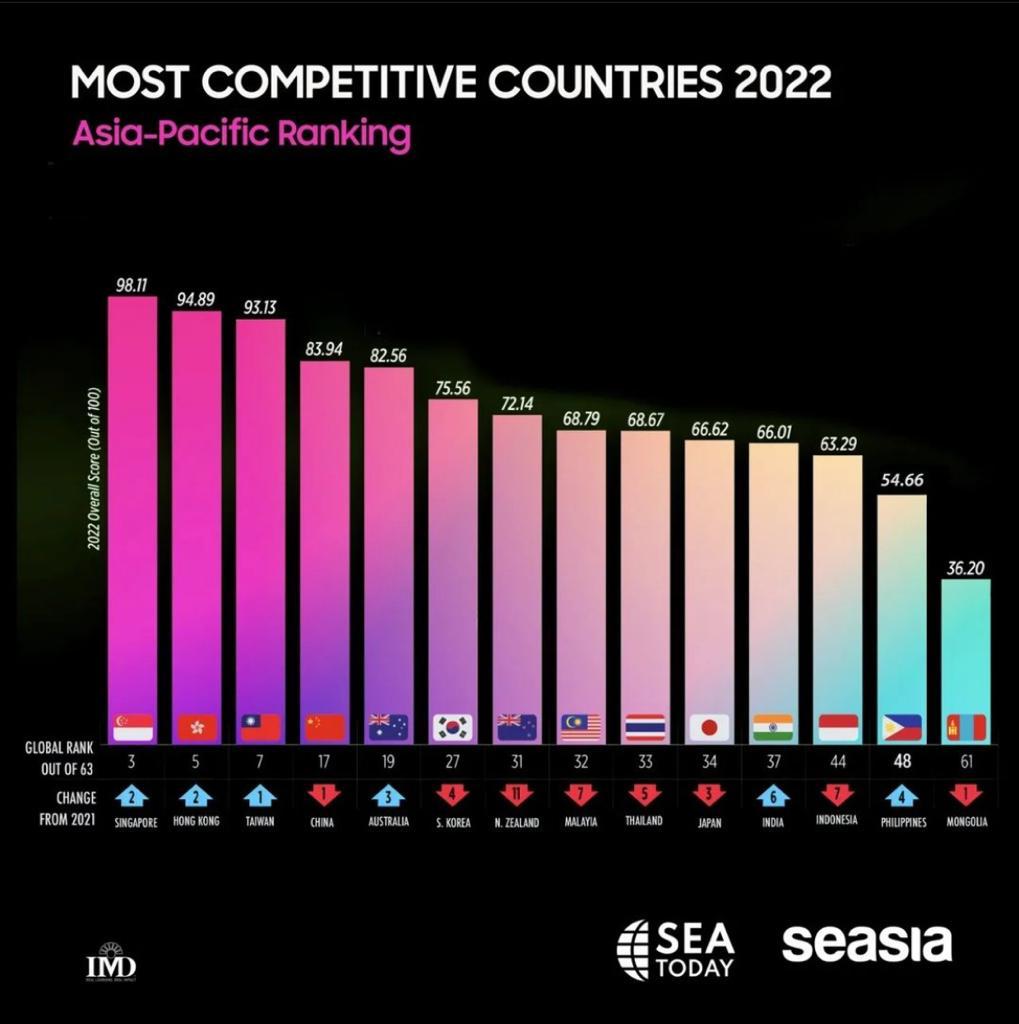 According to analysts, Malaysia needs to increase technological adoption to increase productivity at the firm level, expand regulatory reform initiatives to micro levels through public-private collaboration, accelerate talent development initiatives to keep up with new and emerging job challenges and foster a future-ready workforce, and strengthen productivity and competitiveness through mindset change and creativity.

While Indonesia must prioritize development strategies for the post-pandemic era; monitor the financial sector to play a more active role in credit growth; support the efficient implementation of regulations that foster competition; strengthen policy in the health and education sectors as potential sources of competitiveness; and concentrate on ways to address problems in telecommunications and renewable energy.

In a period of great upheaval, the 34th edition of the IMD World Competitiveness Yearbook is published. Much of the world is still being impacted by COVID-19. It's interesting to note that while extensive attempts are being made in some nations to restore normalcy, the number of infected persons is dramatically rising in other regions of the planet.

The IMD emphasized that a new dangerous situation has arrived in addition to the health and economic dangers that nations are battling to address: the geopolitical risk that has been reintroduced by Russia's invasion of Ukraine.

The IMD World Competitiveness Yearbook (WCY), which was first released in 1989, is an extensive annual report and global standard for measuring a nation's competitiveness.

It offers comparative analyses, trends, statistics, and survey information based on in-depth study. Additionally, it examines and categorizes nations based on how well they manage their human capital to generate sustainable value.

Economic competitiveness is not exclusively determined by GDP and productivity because businesses must also consider political, social, and cultural factors.