Get To Know Administrative Capitals in Borneo/Kalimantan

Borneo: A Fantastic Island. Borneo is the third-largest island in the world, with a total size of over 748,168 km2. There are four political regions in it: Sabah and Sarawak are parts of Malaysia, whereas Kalimantan is a part of Indonesia. The Sultanate of Brunei is made up of the last remaining area. 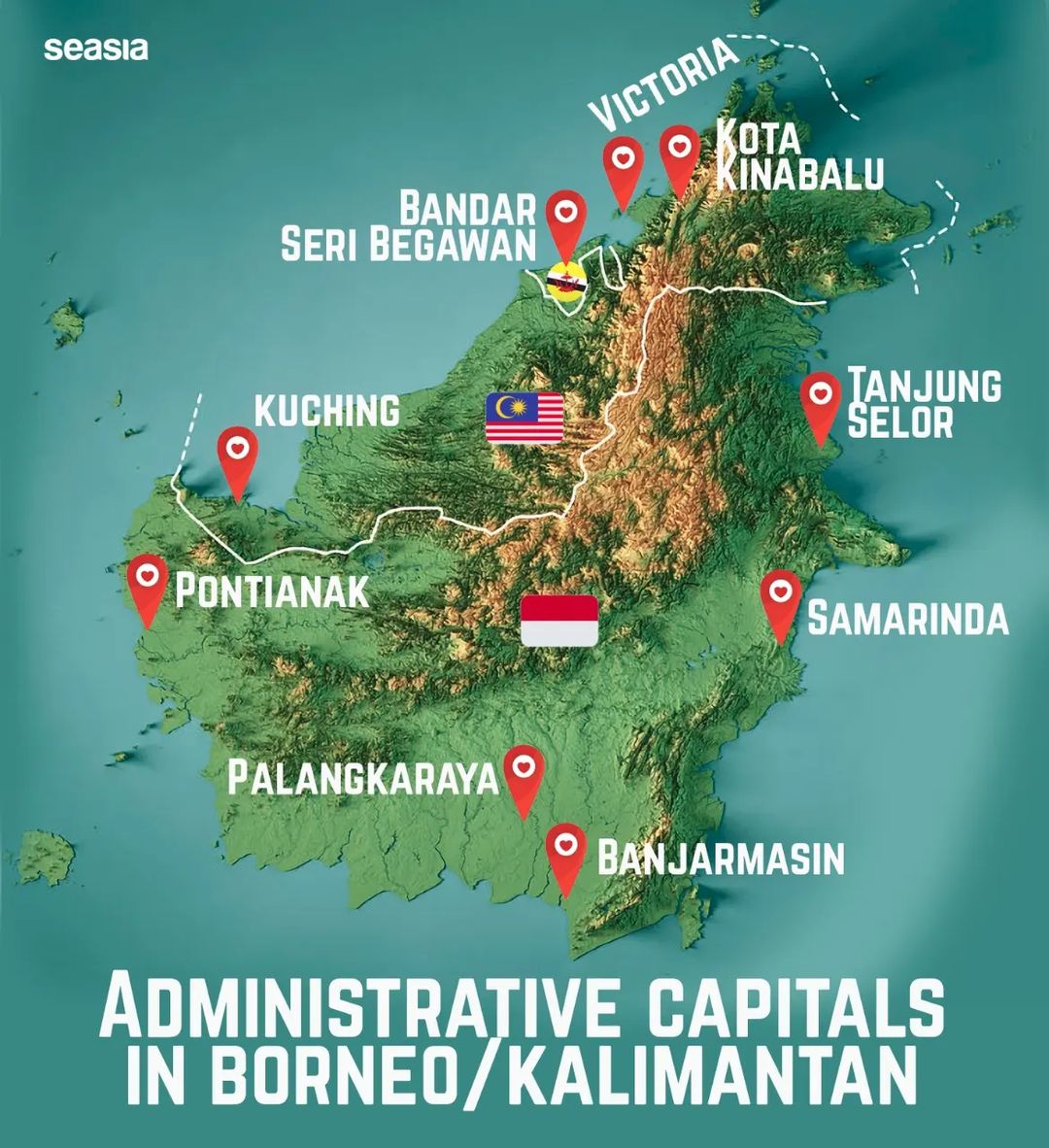 The Island has been known by numerous names throughout history. It is referred to as Borneo in all of the world, after Brunei. Many believe it stems from European exploration of the region in the 16th century. According to Chinese records from 977, Borneo was also known as Bo-ni in the past.

The majority of the Malay and Muslim residents of Kalimantan reside in coastal regions. However, there is also a sizeable minority of indigenous non-Muslim peoples who go by the name Dayak. The Dayak are an interior people that used to live in longhouses along rivers and are now predominately Christians.

The area is known as Kalimantan by native Indonesians. derived from the Sanskrit word Kalamantha, which refers to an island with "burning weather" due to its tropical climate. The sago-eating peoples of northern Borneo are referred to as Kelamantan in Sarawak.

The Malay Peninsula, which contained the colonies of Pinang and Singapore, encompassed the western villages. The eastern Borneo colonies of Brunei, Sarawak, and Sabah were eventually seized by the British. The western colonies on the peninsula's mainland declared their independence from the British colonists in 1957, becoming the Federation of Malaya.

The British Borneo territories of Sarawak and Sabah merged with the Federation of Malaya in 1963 to create what is now known as Malaysia. Singapore separated from Malaysia in 1965 and established its independence. In 1984, Brunei, which was still a dominion of the British, gained its independence.

Because a number of major religions are practiced there, Malaysia has a diversified culture. At least 60% of the population supports Islam, which is regarded as the state religion. There are about 20% Buddhists, 10% Christians, and 6% Hindus in the population. Traditional Chinese faiths and regional tribal beliefs make up the remaining percentages of the population.

The second-largest group, with roughly 24% of the population, is those of Chinese heritage. China has taken an active role in the commercial world and developed close economic ties with neighboring nations that are home to Chinese people. Chinese people make up the single largest minority group in the Borneo province of Sarawak.

The little sultanate of Brunei on the northern coast of Borneo and the oil-rich sheikdoms of the Persian Gulf region in the Middle East are strikingly comparable. The sultanate is divided into two tiny, independent territories along the South China Sea coast, and it is bordered by Sarawak.

Today, Brunei, a former British colony, is a significant oil and natural gas exporter. It gives its small population a high level of living. The small nation is around the same size as the US state of Delaware. The estimated population of the nation in 2020 was 436,000.

Immigrants looking for benefits and possibilities are drawn to Brunei. Because the kingdom has been ruled by sultans (rulers) from the same dynasty for the past six centuries, it is known as a sultanate.

Malay people make up 66 percent of Brunei's population, followed by Chinese people (11%). Islam is the official religion of the Islamic State of Brunei. Muslims make up almost two thirds of the population. The second-most practiced religion is Buddhism. In addition to serving as the head of state, the sultan in power also serves as the supreme leader of Islam and as prime minister of the government.