Very Authentic! These Are 10 Airline Cabin Crew Uniforms to Look Out for Flying Internationally

The importance of cabin crew uniforms in establishing them as front-line representatives of airlines and airline employees cannot be overstated. Check out the list of chosen airline uniforms that travelers might enjoy spying on when flying internationally from Gaya Travel Magazine! The Thai Airways uniform embodies soft traditional Thai features to live true to the airline's motto, "Smooth as Silk." This is what it looks like when traditional and modern collide.

A flower brooch on the left chest gives the female cabin crew uniform's usage of Thai silk-woven cloth an attractive and authentic touch. Additionally, Thai Airlines is one of the few airlines with an in-flight uniform change policy, allowing passengers to observe the crew members changing their outfit in the middle of the trip. 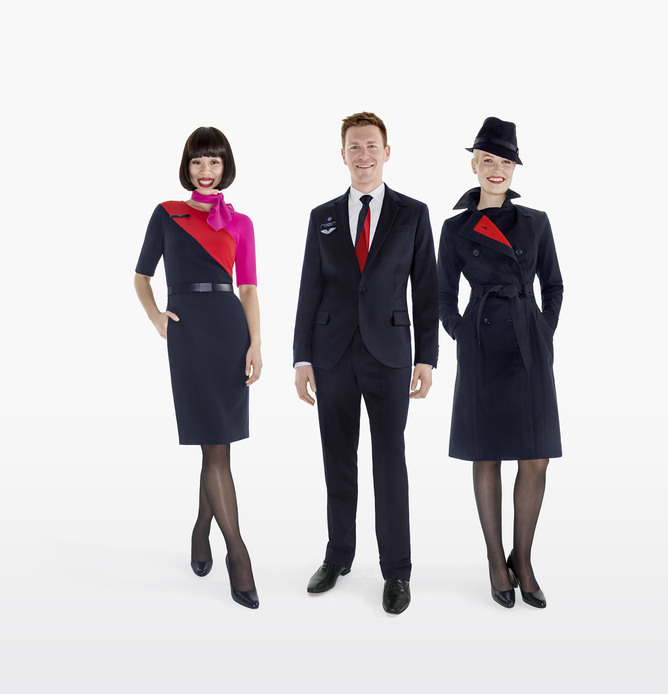 The Qantas cabin crew recently debuted a new uniform by Australian-born designer Martin Grant of Paris, which features navy, a splash of red, and fuchsia pink. Grant took roughly a year to finish the uniform's design after talking with Qantafinalize. The new uniform, in the words of Qantas CEO Alan Joyce, "speaks Australian style on a worldwide scale." 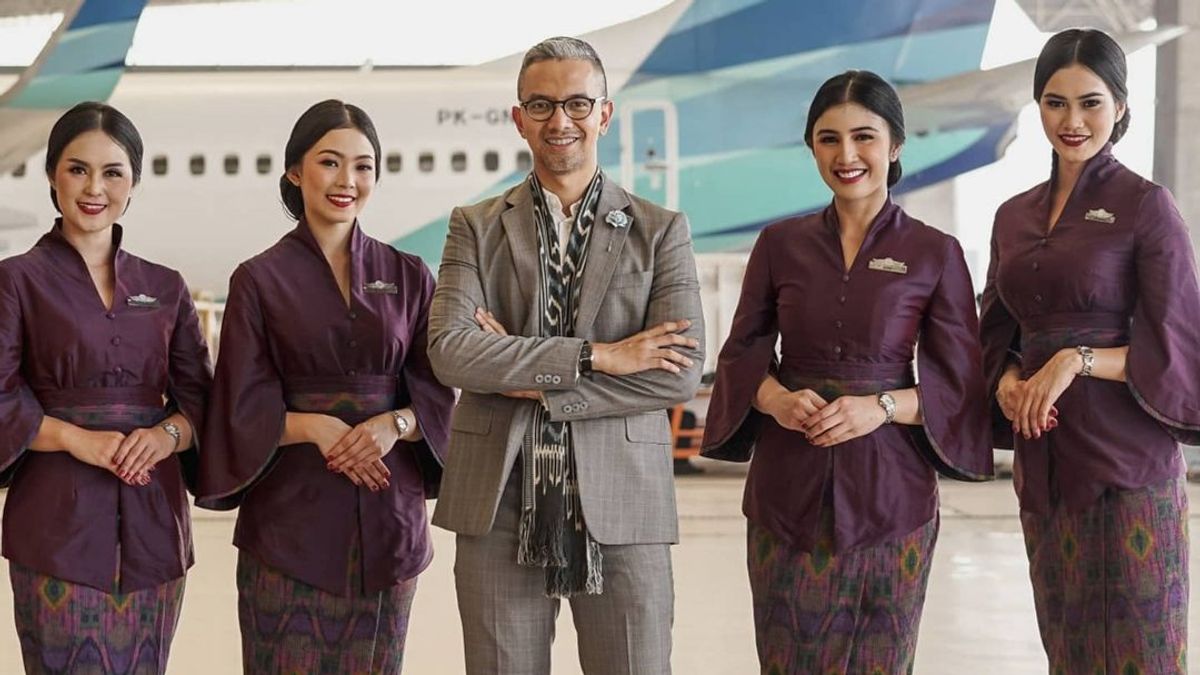 The new uniform for Garuda Indonesia is made of a blend of striated materials from Klaten and Balinese Endek woven fabric. Didiet Maulana, one of the most talented designers, created this outfit. 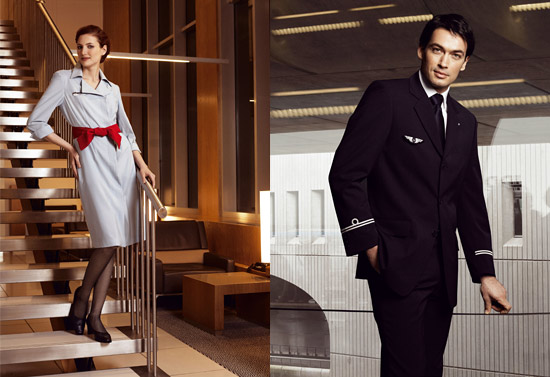 The attire at Air France is stylish, especially for the female cabin crew. The French seem sleek and enigmatic when they are wearing a black trench coat with a scarlet waist bow that also serves as the belt. The waist bow's vibrant red color honors the vibrant French spirit. Ettore Bilotta, a Milanese fashion designer, created the airline's uniform, which draws inspiration from the heyday of Italian fashion in the 1950s and 1960s. The female crew has three uniform choices: a one-piece dress, a jacket with a shirt underneath, and a skirt or pair of pants in either burgundy red or dark emerald green. Amazingly, all of these accents and hues work well together.

The uniform was created by Sophia Kokosalaki, a Greek fashion designer living in London, and it features classic and understated Greek themes. The female cabin crew's uniform consists of a one-piece, dark blue dress with a scarf worn as an accent around the neck.

The crew can move more easily while providing the greatest possible service to the guests thanks to the uniform's purposefully straightforward design.

Etihad chose a classic uniform for their cabin staff in 2014, which was also created by Ettore Bilotta. Purple and brown make up the color palette for all items. The female crew is dressed in a brown suit with a skirt, gloves, and hat that come in two different colors to distinguish between the manager and the regular crew, while the male crew is decked out in a stylish brown suit with black gloves and a golden orange tie. A foldable trench coat is also given to the crew members for use while not on duty. 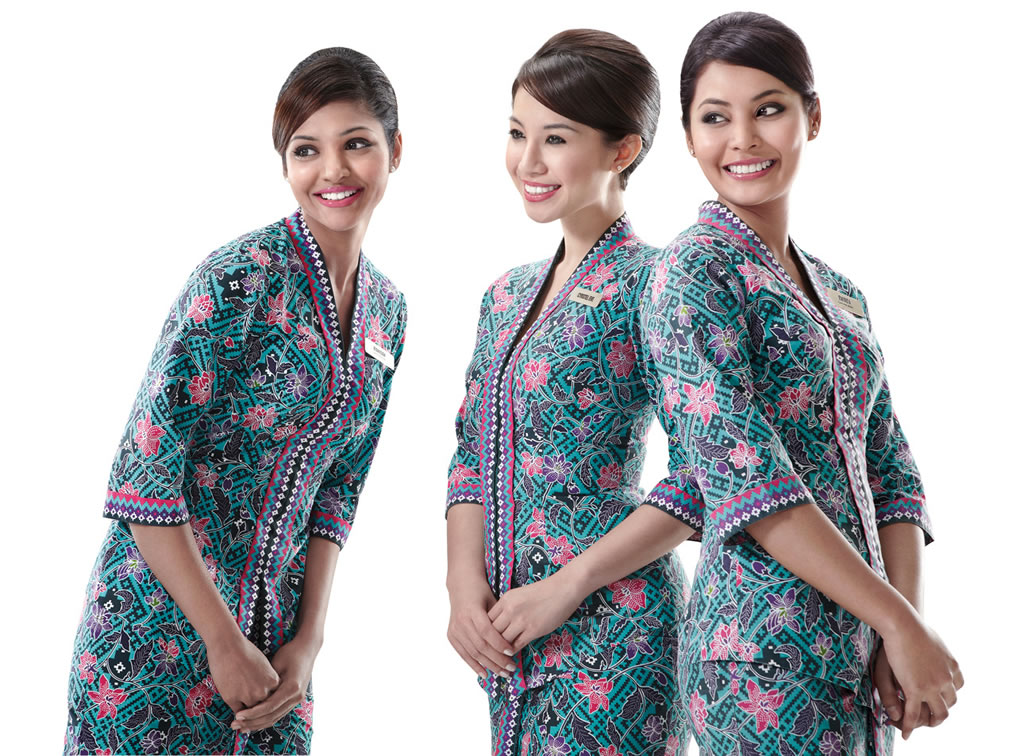 The batik sarong kebaya that the female cabin crew wears was originally created in 1986 by the school of fashion at MARA University of Technology (UiTM), and it was revised in 1993. On the other side, a change was made to the masculine attire in 2012.

The airline's signature sarong kebaya is decorated with batik and Sarawakian traditional print motifs, giving it an attractive and classic appearance. Depending on the positions of the crew, the kebaya is given five somewhat varied styles and colors. 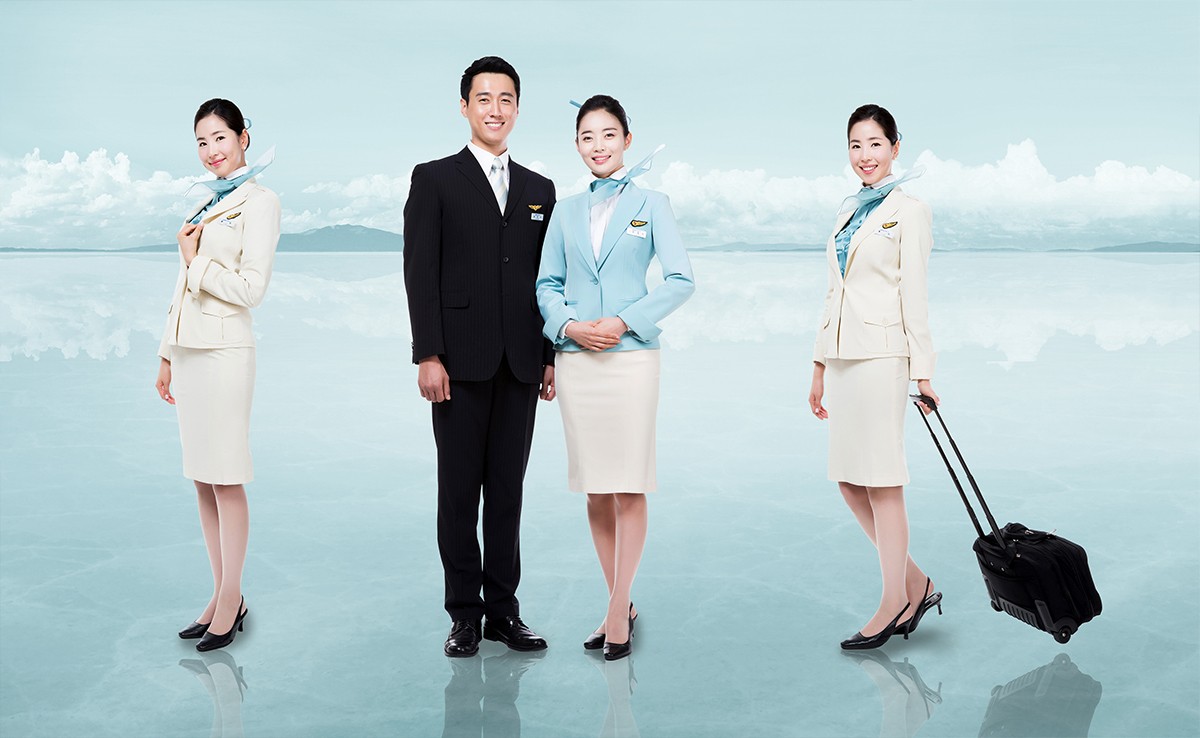 Gianfranco Ferré created Korean Air's uniform in 2005, which consists of a mixture of eggshell blue, white, and cream colors. It also includes leather gloves and blue neck scarves to encapsulate the airline's elegance, complement the beauty of its female crew, and match their tagline, "Excellence in Flight." The female crew members wear structured cream suits with a shine below that resembles blue water. 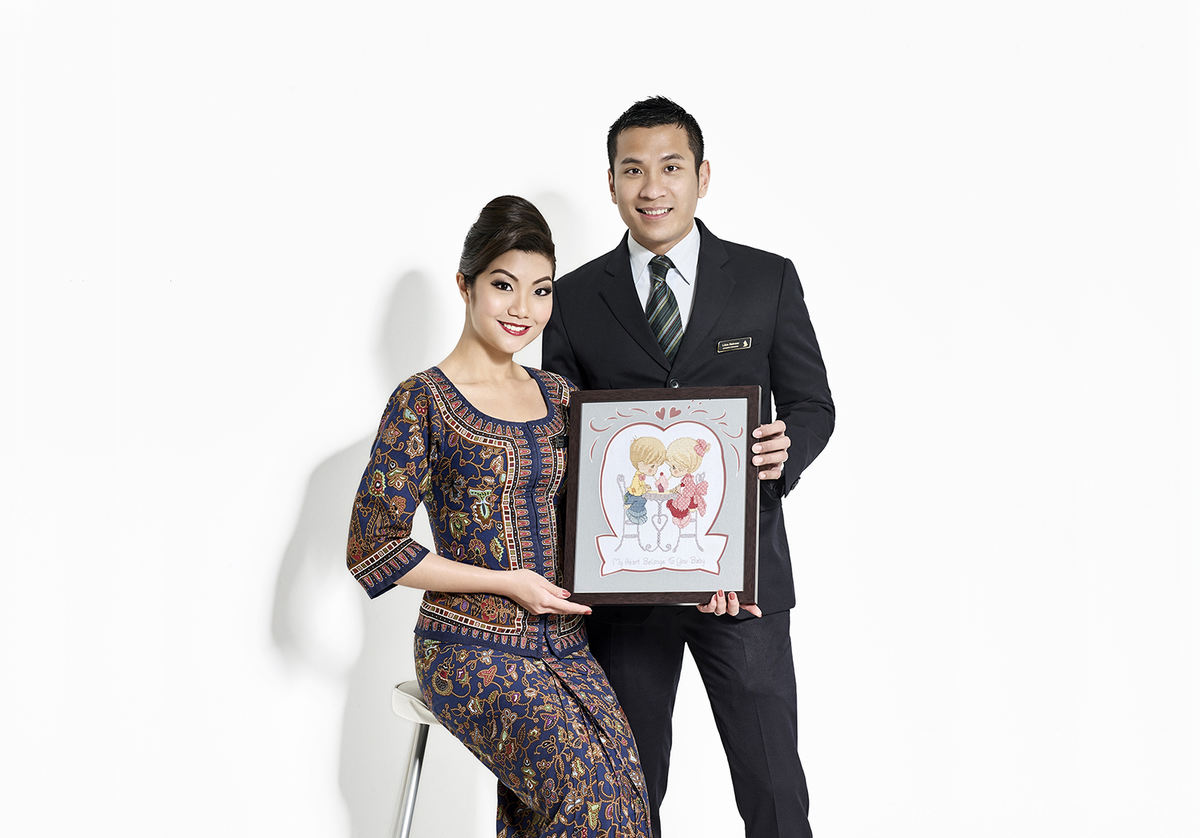 Nothing exudes authenticity like the female cabin crew uniform of Singapore Airlines, which is a traditional batik sarong kebaya created by Pierre Balmain. The uniform is inextricably linked to the Singapore Girl branding initiative, which stands for Asian values and hospitality.

To identify their ranks, the kebaya sarong is available in four different hues: blue, green, red, and burgundy. The male cabin crew sport-fitted suit likewise features the same four colors, adding to the simplicity of the female uniform.