Is Southeast Asia the Only Region That Eats the Most Spices?

In 2019, 139 nations were compared, and India had the largest consumption of spices (4,065 kt), followed by Bangladesh and Ethiopia. El Salvador, Slovenia, and Honduras were at the other end of the spectrum with 1.00 kt each. 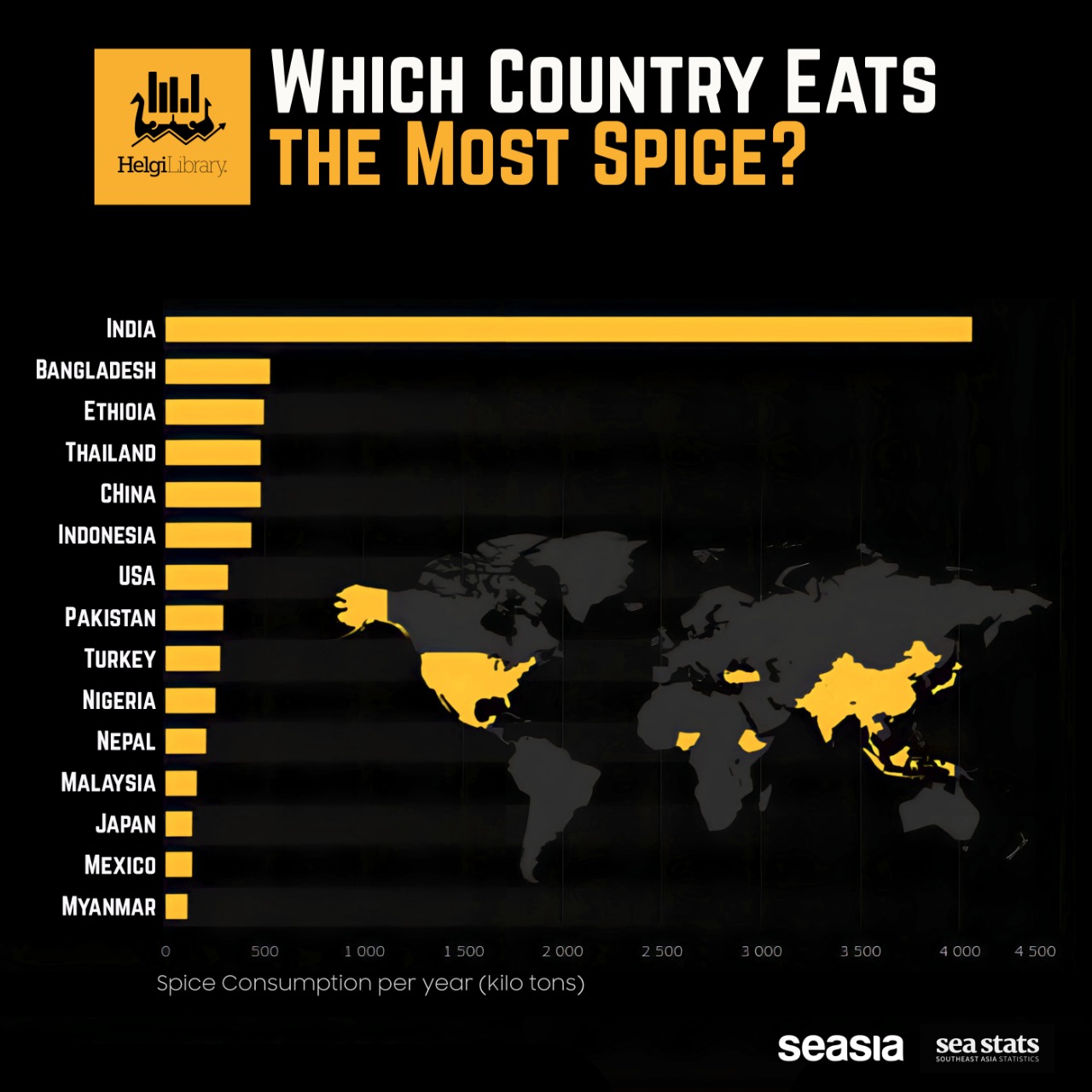 With its spices and herbs, Southeast Asian cuisine is also widely consumed. According to the research, Thailand and Indonesia are among the top 10 nations that consume the most spices. In Southeast Asian cooking, ingredients like basil, mint, coriander, and citrus have a strong flavor and aroma.

Let's discuss about curry, which is the most widely consumed real curry in the world. However, curry is also popular in Southeast Asian nations.

The term "curry" is derived from the Tamil word "kari," which means "spiced sauce," and was used by the British to describe hot, spicy, gravy-based foods. The term "curry" was used to describe a variety of soup or stew foods from South Asia that almost always included onions, garlic, ginger, turmeric, and chile.

The gentle, fragrant curries from Vietnam, Myanmar, Cambodia, and Laos have less heat. The amount of spice in adobo, the national cuisine of the Philippines, varies greatly depending on the cook or the family recipe. However, residents of the Bicol region of the Philippines take great pride in their Bicol Express, a hot and sour meal made with coconut milk and chiles.

Additionally, Southeast Asian curries often produce thinner, more soup-like sauces and cook much more quickly than South Asian curries. There are several outliers, including Indonesian and Malay rendang, which is prepared by simmering beef in a rich sauce for several hours until the flesh is tender and melts in your mouth.