A Unique Form of Communication in Indonesian Culture

If we learn the history of the blues song in America particularly African-American community, we find that it is actually the form of expression. It has deep roots in their history and it originated on Southern plantation in the 19th Century. Its inventors were slaves, ex-slaves and descendants of slaves who sang as they toiled in the cotton and vegetables fields. They also sang on the way back home from the plantation. The blues grew up in the Mississippi delta just upriver of New Orleans. The lyrics of blues songs expressed feelings of pain, suffering and hope.

It is interesting to know that in Indonesian culture, there are many varieties of communication forms where the message can be disseminated to the audience or the receiver of the message. For example in the community of Betawi (people of Jakarta) there has been a unique tradition in the sequence of wedding ceremony where the woman’s family will recite some funny short poems known as Pantun to the entourage of the man’s family asking about their intention of coming, to which they must reply accordingly with poems.

In Malay community in Indonesia such as in West Sumatra and Riau as well as in Malaysia reciting poems is like a norm especially in the opening and closing remarks of the speech. Amazingly, people recite such poems instantly without any pause- flowing just like that. 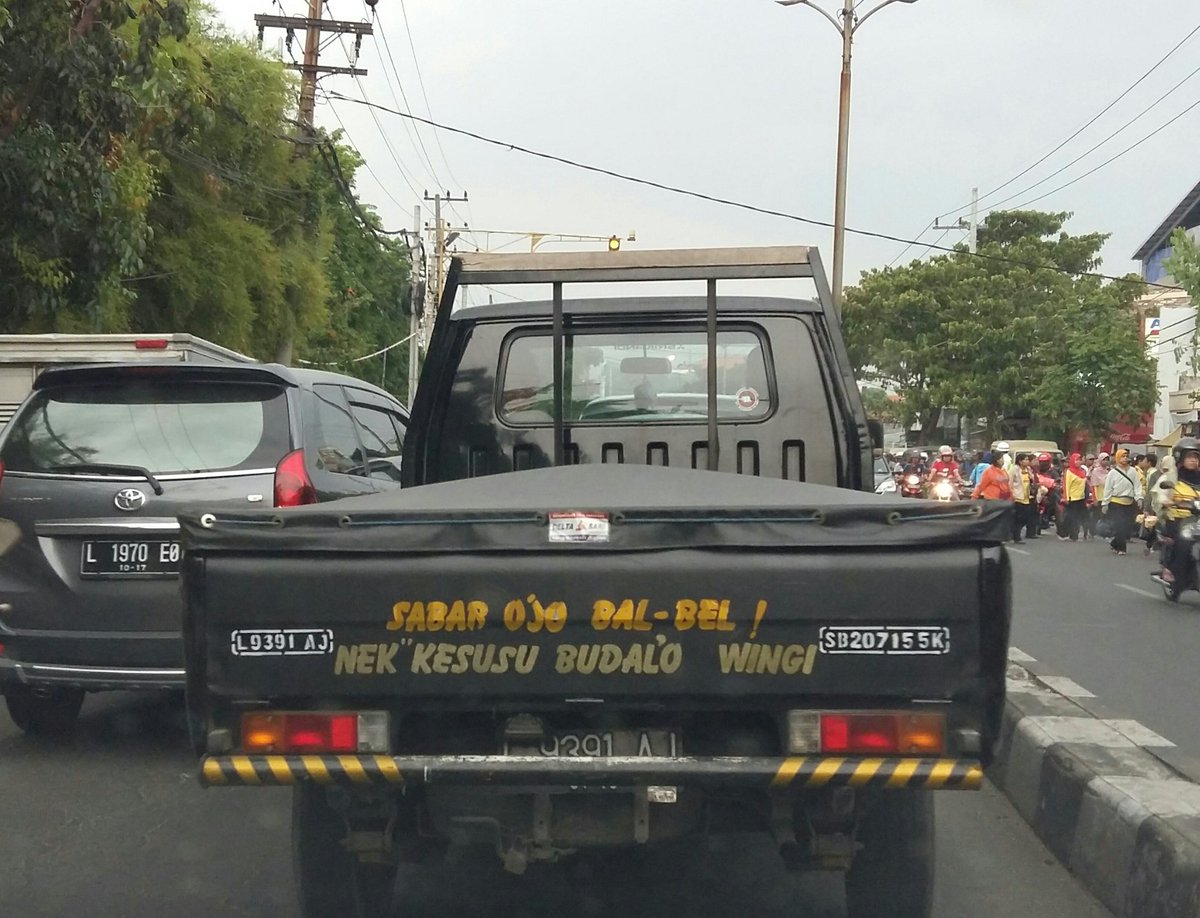 Unlike the blues song where its lyrics and rhythm express the hardship and sad feelings, in Indonesia we find truck drivers express their hardship feelings in different ways not through songs but through funny form of communication, that are funny phrases colorfully painted at the rear side of the trucks for example – among others are “harga lipstikmu lebih tinggi dari gajiku” (“the price of your lipstick is higher than my salary”) – it seems that it is an expression from the driver to his wife, or other phrases in Javanese language “Nek Kesusu Budalo Wingi” (“If you are in a hurry, why didn’t you depart yesterday”), or “Nek Gesusu Mibero!” (“If you are in a hurry, then fly!) – These two funny remarks are messages aimed at vehicles right behind the truck that often continuously honk without reason in a heavy traffic jams. Another funny phrase to the wife– also in Javanese language “Budal di Kangeni, Moleh di Seneni” meaning “you misses me when I depart for work, but you are mad when I get home”. I cannot continue giving other example of phrases of truck drivers in this short article since there are so many of such expressions.

It is true that Indonesia has hundreds of ethnic groups and rich of cultures, thus its people have different ways of expressing opinions and feelings such as through songs, poems, puppet shows, local - traditional drama performance, local dance, batik painting etc. Such cultural mosaic is one of factors that make the unity of the country.

*A senior author of Good News from Indonesia