According to a poll of over 10,000 academics conducted by Times Higher Education (THE), internationally oriented universities are leading worldwide academic partnership efforts through knowledge diplomacy.

The top ten include representatives from five different areas, which is good. The most international universities are located in international commerce and innovation hubs.

Students interested in studying in one of the world's most international environments should apply to institutions in Switzerland, Hong Kong, Singapore, or the United Kingdom.

Universities are, by definition, global institutions. Typically, they are home to international communities of students and scholars that use research to address some of the world's most important issues. 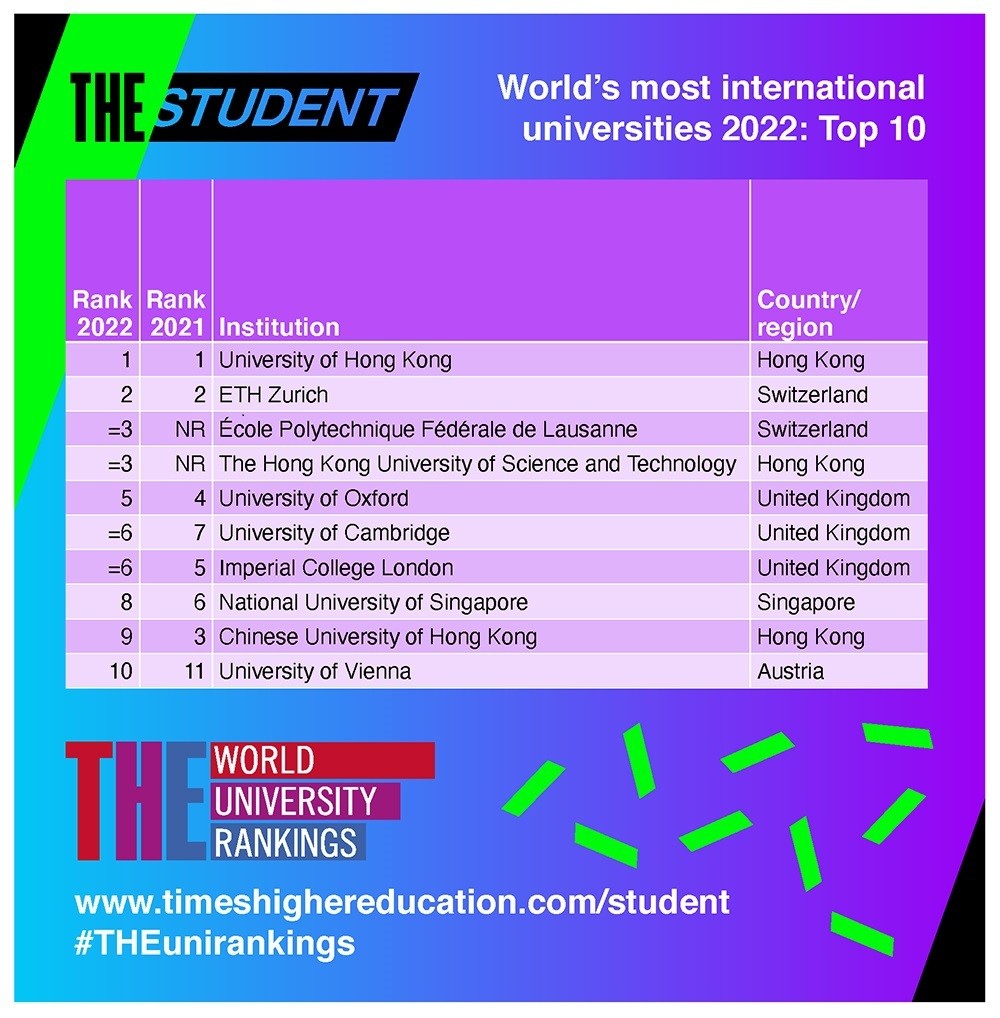 These universities all have a large number of international students and employees, collaborate on research with researchers from all around the world, and have a strong international reputation to match.

The list is dominated by thriving international commerce and innovation hubs, with the University of Hong Kong earning first place. The Hong Kong University of Science and Technology (equal third) and Chinese University Hong Kong (ninth) are both among the top ten universities in Hong Kong. These institutions provide a significant contribution to the Greater Bay Area megalopolis' (which includes Shenzhen and Macau) expansion of technology innovation and the knowledge economy.'

Singapore is East Asia's leading innovation and knowledge hub, alongside Hong Kong. The National University of Singapore, which came in ninth position, is an example of this. It has a long history of serving as a magnet for international academic talent and global collaborations.

Oxford University and AstraZeneca collaborated to develop the very successful COVID-19 vaccine in record speed. Almost half of the personnel and 40% of the students are from outside the United Kingdom. The COVID vaccine, which has already been injected into over a billion arms around the world, is the perfect encapsulation of the power of knowledge diplomacy.

The COVID vaccine represents decades' worth, perhaps even centuries' worth, of university-generated knowledge – all concentrated in a single shot that will reconnect the peoples of the world.