On August 2022, Taste Atlas, one of the most popular food portals, updated their list of the Top 10 Southeast Asian Rice Dishes. Is your preferred dish among those listed?

Bubur ayam, a thick rice porridge with shredded chicken and different flavorful toppings, is the Indonesian equivalent of chicken congee. This popular breakfast item certainly has Chinese rice porridge as an ancestor, but it is authentically Indonesian thanks to the use of local ingredients and toppings.

Starting with boiling chicken (often darker portions with the bone), the rice is typically cooked in the same broth until it has a dense consistency. There are many additional components that can be used in bubur ayam in addition to rice porridge and shredded chicken.

One of the many rice-based Indonesian meals is nasi uduk. In nasi uduk, lemongrass, cloves, pandan leaves, and cinnamon are cooked with the rice in coconut milk. Each serving of the deliciously fluffy, fragrant rice is typically garnished with fried shallots just before it is served.

The most typical condiments offered with nasi uduk are regular sambal, the hot, spicy Indonesian sauce, or peanut sambal. 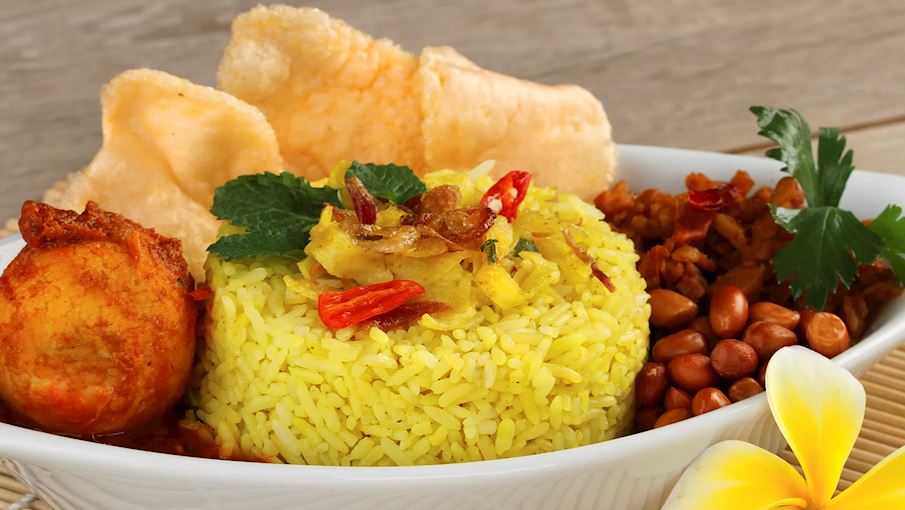 Rice is cooked in coconut milk in this classic Indonesian cuisine, which is typically spiced with kaffir lime leaves, lemongrass, and turmeric. Despite the fact that nasi kuning's primary ingredient is yellow rice, the dish is made up of a variety of other Indonesian ingredients, including fried chicken, potato fritters, sliced omelets, fried anchovies, shrimp, and tempeh.

Serundeng (hot fried coconut flakes) and sambal, the traditional chili sauce of Indonesia, are frequently offered as accouterments. The rice should always be positioned in the center of the nasi kuning plate, which is always properly arranged. This unique Indonesian meal is thought to have originated on the island of Java, which has long been connected to it. 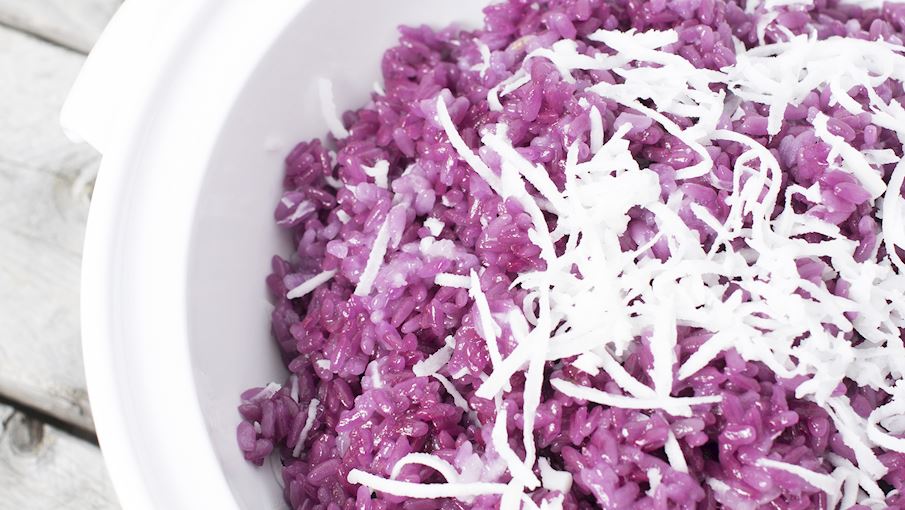 Xôi is one of Vietnam's favorite cuisines and is available everywhere from multiple roadside vendors to conventional and fancy restaurants. It comes in as many variations as one can imagine. These meals, which have a base of steamed sticky rice, come in savory (xôi mn) and sweet (xôi ngt) varieties.

Although many hilly regions of northern Vietnam serve xôi as a major dish, they are customarily served in a banana leaf and are most frequently enjoyed as an inexpensive and delicious on-the-go morning meal, a mid-day snack, or a dessert.

Popular Vietnamese steamed cake known as banh bèo is made with important components such rice flour, fish sauce with green chili peppers, and either shrimp or pork. To enhance the cake's flavors, extras like noodles, roasted peanuts, or fried onions can be used.

In addition to savory cakes, there are also sweet varieties that are virtually only found in Hi An. The traditional way to eat banh bèo is in a porcelain bowl with a bamboo spoon. The indentation in the center, which is utilized to keep the delicious, savory stuffings, is seen to be the most crucial aspect of a good bánh bèo. Some people refer to it as the Vietnamese equivalent of tapas. 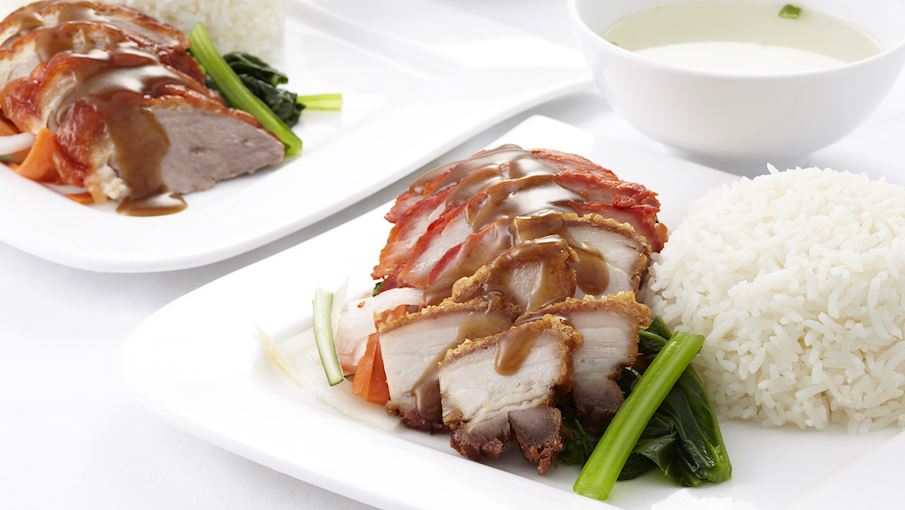 White rice and braised or roasted duck are combined in this traditional Singaporean dish. When roasting a duck, different flavors like cinnamon, ginger, or anise are inserted into the bird before it is hung and cooked at a high temperature until crispy. Typically, the braised variation is simmered for a long time in a flavorful broth.

There are two ways to cook and serve duck: hokkien and teochew. The latter is typically served sliced and accompanied by a milder sauce, whilst the former is typically covered in a thick, delicious soy sauce. Tofu, veggies, or hard-boiled eggs are frequently added to the dish, and a hot dipping sauce is typically provided on the side. 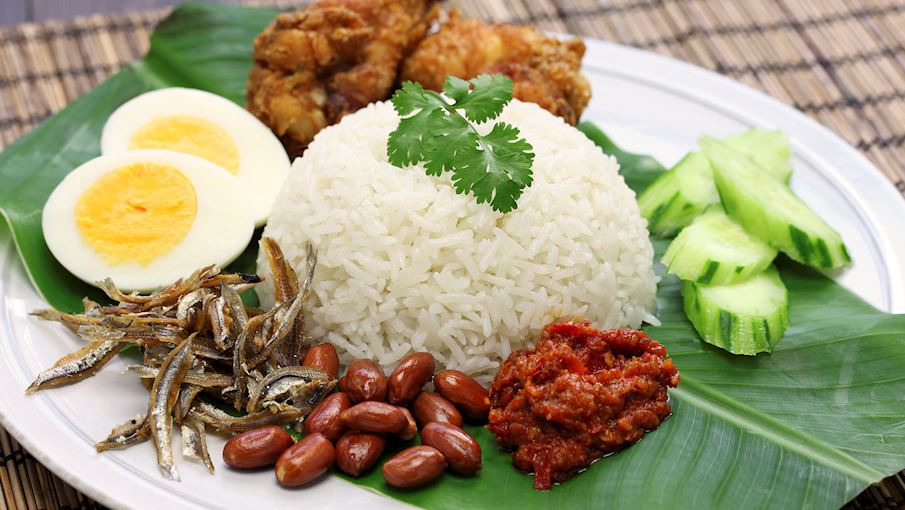 The nasi lemak dish is the most well-known in all of Malaysia. It is typically served with boiled eggs, anchovies, cucumbers, peanuts, and rice cooked in coconut milk. The recipe is completed with the addition of sambal, a hot chili paste.

Although it was initially created as a breakfast food, it quickly outgrew its original use and developed into the all-day national cuisine of Malaysia. Since the 1980s, when this farmer's supper transformed into a dish that is widely sold by Malaysian street sellers, the popularity of nasi lemak has steadily increased. Its creation resulted from the simple necessity to utilize all the components that were available. 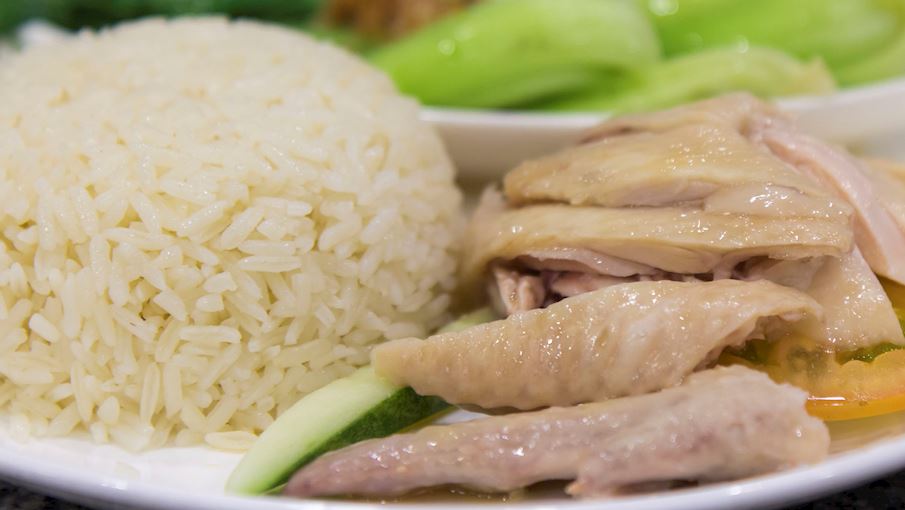 The straightforward Hainanese chicken rice, which was first created on the tropical island of Hainan, south of China, has developed into one of Singapore's most well-liked delicacies. It consists of bite-sized morsels of cooked chicken paired with fragrant white rice.

The dish is plated and drizzled with soy sauce and sesame oil. Sliced cucumbers and a hot chili sauce are also provided. The scalding liquid is frequently flavored and served as soup after that. The original vendor of this distinctive cuisine in Singapore launched his booth in the 1940s. The recipe was brought to Singapore by Hainanese immigrants in the 19th century.

The Indonesian equivalent of fried rice is frequently referred to as nasi goreng. Although it is regarded as Indonesia's national dish, it is also widely consumed in Malaysia and Singapore. When trade between the two nations began to grow, it is thought that the custom of frying rice in Indonesia originated in Chinese culture.

Due to Indonesians' adoption of the Chinese practice and their conviction that it is wicked to squander food, nasi goreng—along with many other varieties of fried rice—was soon produced. It is typically cooked with leftover rice from the previous day and eaten for morning because it was created to meet a practical requirement. 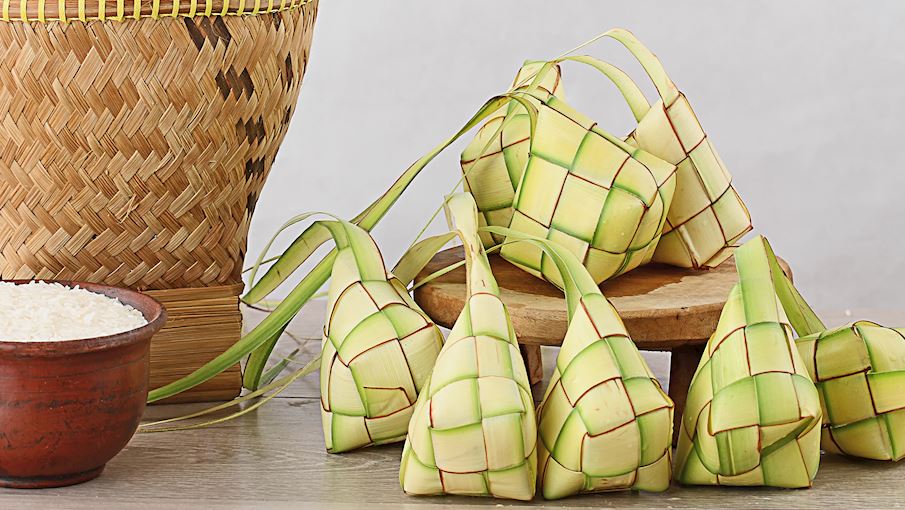 Ketupat is a distinctive rice cake from Asia that is produced and served in vintage woven jars made of pandan, palm, or coconut leaves. The most popular type of ketupat is the cube-shaped variety, which resembles a little woven basket despite being in a range of forms and sizes.

The rice is then tightly sealed inside the pouch once it is finished being made, and the entire package is then often cooked in water or sometimes in a coconut milk and water mixture. The cakes must be refrigerated after being boiled, and because of their particular texture, slices can be made with ease.