In an Indonesian cave, archaeologists found the earliest ever proof of surgical amputation. A young person's body that had been interred 31,000 years ago and had signs of a limb amputation was discovered by researchers.

The discovery moves the beginning of this difficult procedure back more than 24,000 years. According to archaeologists, the individual was looked after by their ancient society for years following the treatment until they passed away. 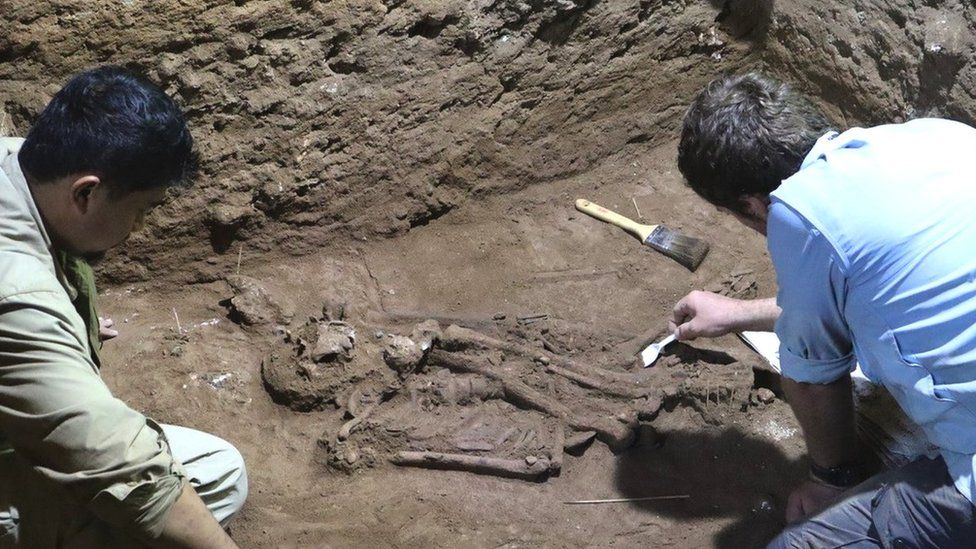 After examining the body, Dr. Melandri Vlok noted that it was "very evident" that surgery had been performed.

The procedure was performed on the ancient body while the patient was a youngster, according to a thorough examination, the results of which are documented in the journal Nature. They probably recovered and lived for another six to nine years before passing away in their late teens or early twenties, according to the growth and healing of their leg bone.

The burial was discovered in the Liang Tebo cave in East Kalimantan, Indonesian Borneo, which is home to some of the oldest rock art in existence.

Dr. Tim Maloney from Griffith University in Australia, one of the three academics who discovered and dug the site, said he was "eager and terrified" to display the ancient bones.

"We very carefully brushed away the deposits and recorded the lower half of the remains. We could see that the left foot was absent, but also that the remaining bone fragments were unusual," he told BBC News.

"So we were excited at the range of possibilities, including surgery, that had caused this." 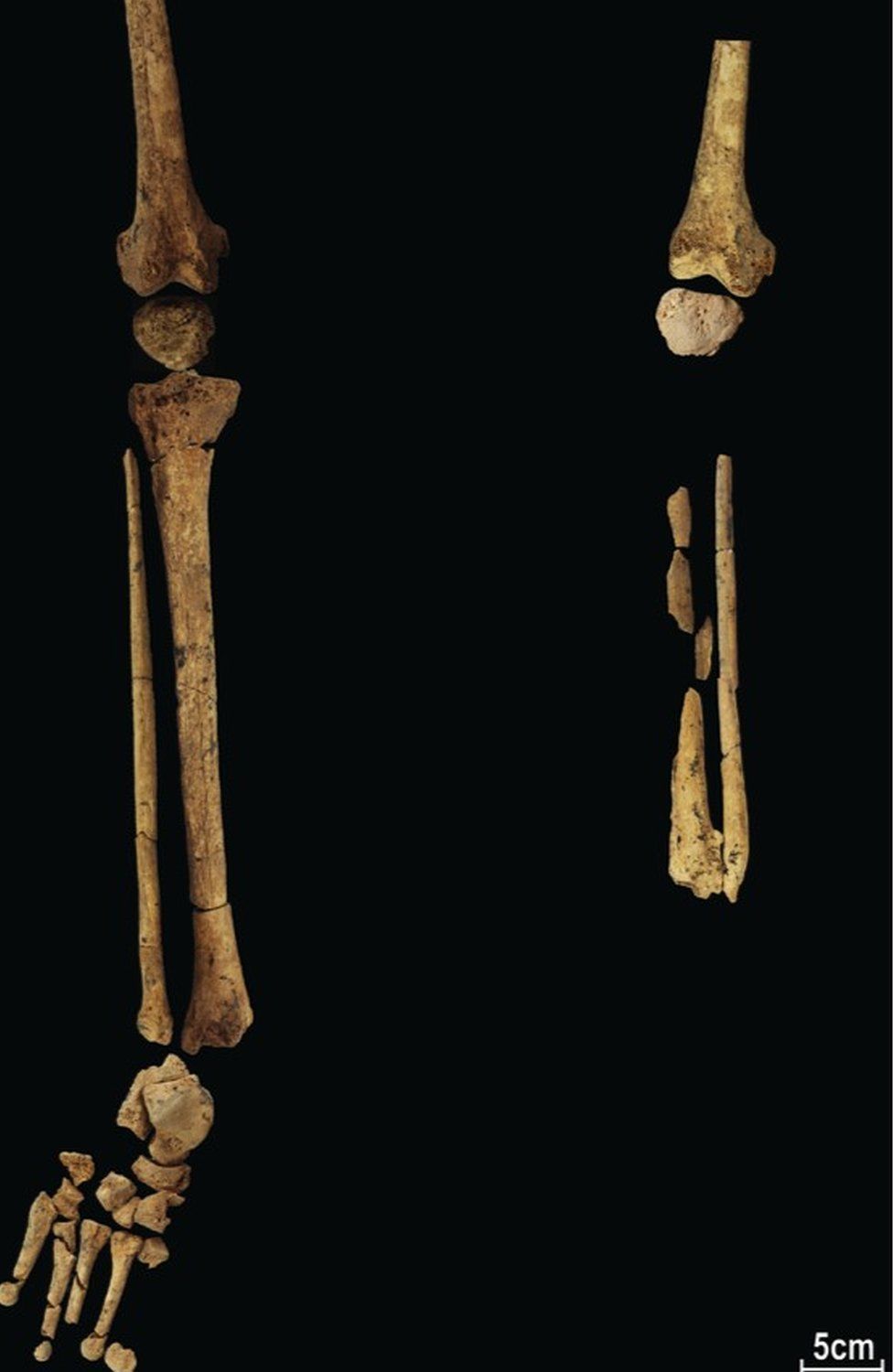 As well as the left foot being absent, the leg bones show signs of healing. Image Source: Tim Maloney/BBC.com

Dr. Vlok, who is based at the University of Sydney, was then contacted by the excavation team to study the remains. With a finding like this, excitement and sadness are mixed together because it involved a person, she explained.

Dr. Maloney added that the archaeologists are convinced that this was an operation rather than any sort of punishment or ceremony because this person displayed indicators of having been cared for throughout their recuperation and for the remainder of their life.

"To allow them to live in this mountainous terrain, it's highly likely that the rest of their community invested in their care," he explained.

The results, said Durham University archaeologist Prof. Charlotte Robertson, who was not involved in the discovery but studied the information, challenged the notion that surgery and medicine were developed only relatively recently in human history.

"It shows us that caring is an innate part of being human," she told the BBC. "We can't underestimate our ancestors."

If you think about amputation in the context of the west today, it's a fairly safe procedure. Anesthesia is administered, hygienic techniques are employed, bleeding is controlled, and discomfort is managed.Then there is the instance from 31,000 years ago when someone successfully amputates the individual.

Currently, Dr. Maloney and his associates are looking at what kinds of stone surgery instruments would have been available at the time.