“Amazing Thailand 10 Million Celebrations”, The Best Tourism-Milestone in 2022 After Pandemic

The "Amazing Thailand 10 Million Celebrations" are being held by the Tourism Authority of Thailand (TAT) to commemorate this year's tourist arrivals exceeding the 10 million mark through December 10. 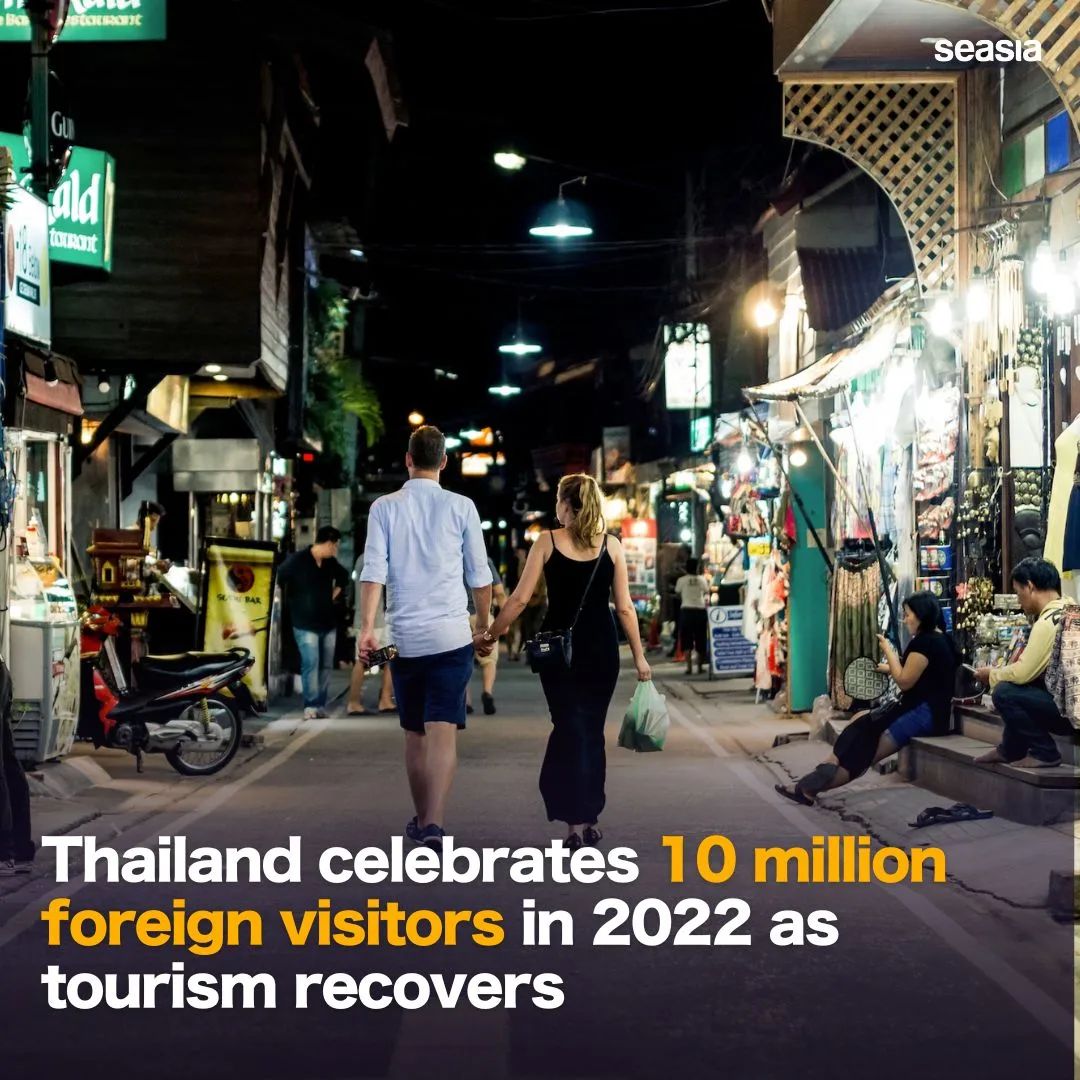 Hetham Almdlj and Njood Alkhuwaiter, who landed at Suvarnabhumi Airport together on Saturday afternoon, were personally welcomed by Prime Minister Gen. Prayut Chan-o-cha. Saudi Airlines flight SV846 brought the pair to Bangkok, where local merchants and travel providers gave them gifts and mementos as a welcome.

Phiphat Ratchakitprakarn, the Minister of Tourism and Sports, Yuthasak Supasorn, the Governor of the Tourism Authority of Thailand (TAT), and Kittipong Kittikachorn, the General Manager of Suvarnabhumi Airport, were also there to greet the guests.

Ten million visitors, according to the prime minister, represent a significant achievement for the country and demonstrate how travelers view Thailand as a desirable worldwide travel destination.

The milestone of 10 million travelers was greeted by Marisa Sukosol, head of the Thai Hotels Association, "after two years and a half of pain."

She predicted that development would continue into the following year, citing the influx of visitors from Russia and the Asia-Pacific area. The tourism industry is still being impacted by economic stagnation and persisting pandemic risks, she advised against being overly optimistic.

While other countries' easing of travel restrictions has benefited Thailand, the global economic slowdown and chronic inflation have also had an impact on the country's tourism business. According to Thai officials, the tourism sector's recovery is also largely contingent on China easing its restrictions on overseas travel.

Thailand's primary source of international visitors until recently was China. About 40 million visitors came to Thailand in 2019, but as the pandemic struck and countries strengthened border restrictions to contain the coronavirus, visitation was destroyed.

Since the nation's borders were reopened earlier this year, the tourism industry's recovery has accelerated during the past several months. The decision was made once health restrictions were lifted.

According to TAT Governor Yuthasak Supasorn, 9.78 million tourist arrivals were registered between January and December 5. This, according to him, is evidence of the nation's successes in reviving its tourist industry, one of the most significant sectors of the kingdom's economy. Both short-haul and long-haul travelers continue to favor Thailand as a destination, he said.

Thailand's travel statistics have started to slowly recover as a result of the global relaxation of such restrictions, and the government anticipates earning close to $16 billion in tourism-related revenue in 2022.

According to government estimates, Thailand will welcome over 23 million visitors in 2023, and some analysts predict that tourist numbers will fully rebound in 2024. The gradual improvement in business has caused Thai hotel and restaurant operators to sigh with relief.