The LCC giant warned that this will only happen if aviation authorities in Cambodia lower airport fees and fuel taxes. The LCC company intends to bring as many as 6 million passengers per year to Cambodia via its huge Southeast Asia network.

Sivilai will hold the remaining shares, leaving 51% of the company to AirAsia. Both are anticipated to make an initial direct investment of $5 million. The airline is expected to launch operations in the latter half of 2023, subject to regulatory approvals and the receipt of an air operator's certificate (AOC). 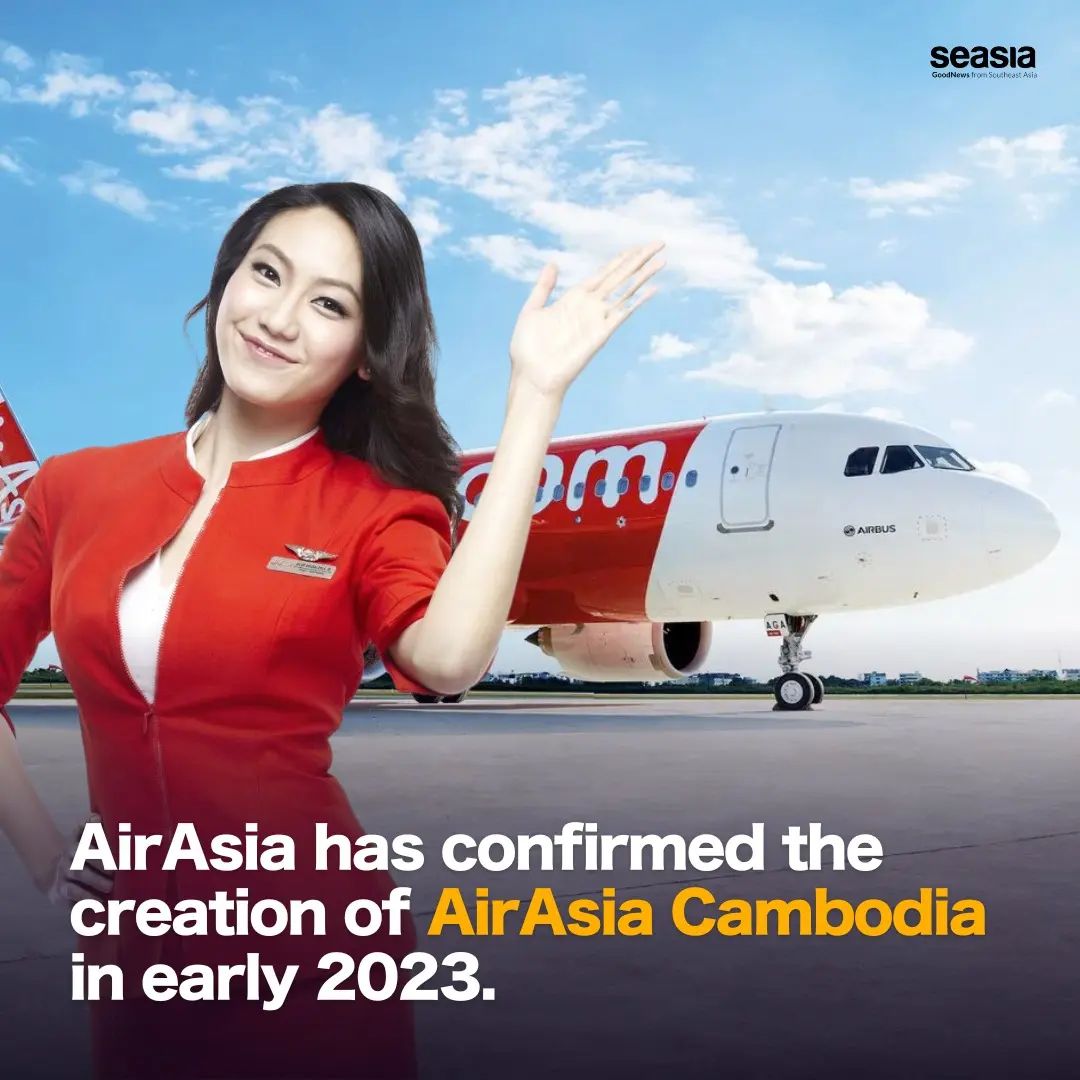 The portfolio of the group will now include AirAsia Cambodia in addition to AirAsia Malaysia, AirAsia Indonesia, AirAsia Thailand, and AirAsia Philippines.

Five routes are run by AirAsia Malaysia between Kuala Lumpur (KUL) and the Cambodian cities of Siem Reap (REP) and Phnom Penh (PNH). The first Penang (PEN)-PNH flight will depart on January 3, 2023. From Bangkok (BKK), AirAsia Thailand offers flights to REP and PNH.

The new carrier will strengthen AirAsia's reputation in Cambodia and Indochina and give the company more access to the home market as well as international markets in South-east Asia, North Asia, and other regions.

With the launch of additional destinations, the creation of jobs, and the introduction of a truly low-cost airline, AirAsia Cambodia hopes to further boost the aviation and tourism sectors in Cambodia.

Capital A's CEO, Tony Fernandes, said: “The value of AirAsia’s network is an insurmountable asset; it will be another flag of extensive connectivity in Cambodia and into the region, namely China, India and North Asia. 2022 was about restarting our airline to pre-Covid levels. That machine is in place and will be completed by the second quarter of 2023. The second half of 2023 will be when we focus on our continued efforts in growth.”

Sivilai Asia's director, Vissoth Nam, added: “As one of the first countries to open up international travel with no quarantine in November 2021, Cambodia has led the way in (South-east Asia’s) air travel recovery journey post-Covid, with the rest of (the) countries in the region following suit.”

“An increase in connectivity alongside best value fares, will certainly stimulate demand for air travel amongst the population due to increased airline and destination choices. This will open the doors for students travelling abroad, supporting work-related travel, boosting trade ties, and providing a welcome boost for the growth of new small and medium enterprises.”

In three years, according to Fernandes, AirAsia Cambodia may add 6 million more yearly tourists by establishing new routes from the nation to locations in Southeast Asia, North Asia, and India.

He identified Cambodia as a market that is underserved and underconnected due to low airline frequencies. However, he urged the Cambodian government to cut high gasoline prices and airport fees as well as abolish the need for a visa upon arrival.

According to Fernandes, the average airport fee in Cambodia is about 40% greater than in other Southeast Asian nations.