Southeast Asia seems to be establishing itself as a major ecosystem for startup growth, side by side with India, as China loses some of its luster as an investment destination following its harsh crackdowns on internet giants. 12 as many as 15 venture-capital-backed startups in the region had freshly succeeded in fundraising at a valuation of $1 billion or more, gaining the title of «unicorn». Now the total number of the region's VC-backed unicorns has reached 27, chasing India, which has added 30 unicorns in this year alone, making its total unicorn count top 50. Funds raised by Southeast Asian startups during the first nine months of 2021 from venture capitals and other investors totaled $17.2 billion, according to DealStreetAsia, more than doubling last year's 12-month total of $8.5 billion. 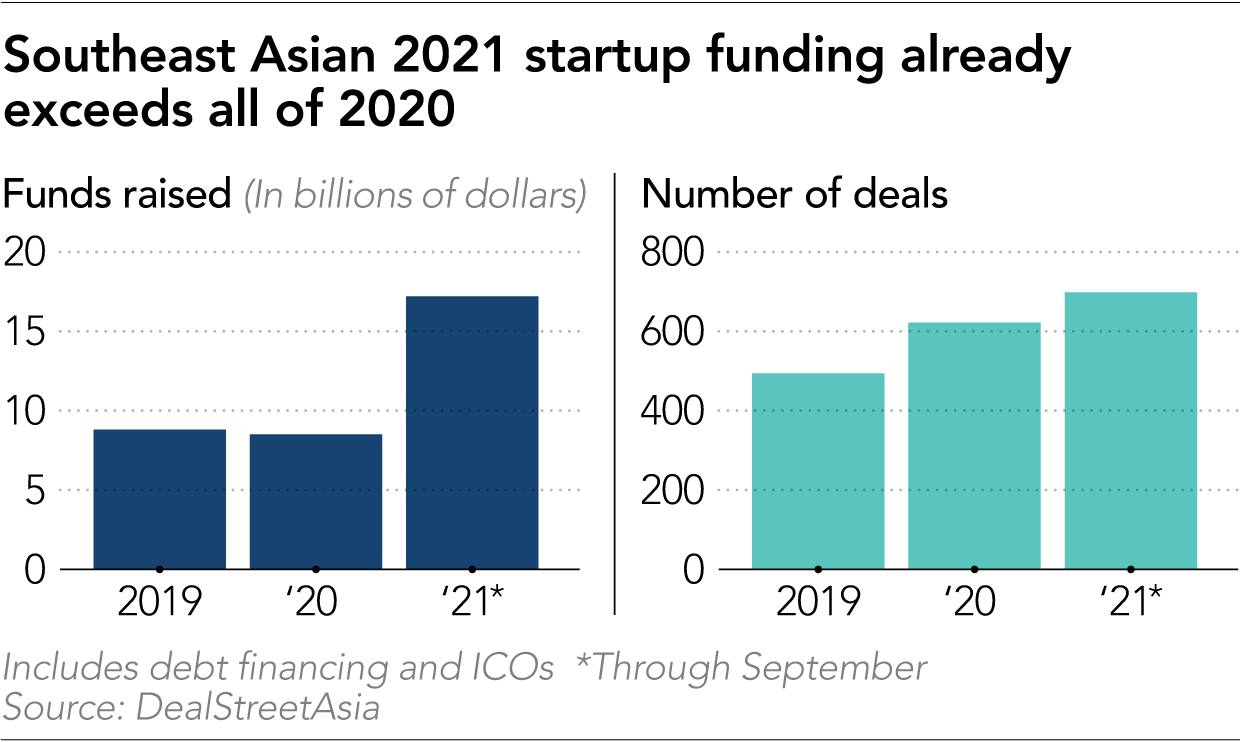 Indian startups, meanwhile, attracted roughly $24 billion in VC investments during the same period, which nearly doubled the $12.4 billion for all of 2020, according to PitchBook Data. Both Southeast Asia as a region and India have been enjoying high economic growth thanks to favorable demography with an expanding middle class, which is the main driver of mobile-phone and internet penetration. Though the COVID-19 pandemic accelerated the expansion of the internet economy globally, the one in Southeast Asia looks particularly impressive. According to a recent report by Facebook and Bain, the six major Southeast Asian economies -- Indonesia, Malaysia, the Philippines, Singapore, Thailand and Vietnam -- have added, since the start of the pandemic, roughly 70 million new «digital consumers,» defined as those who actually purchase goods and services online, from 280 million to 350 million. 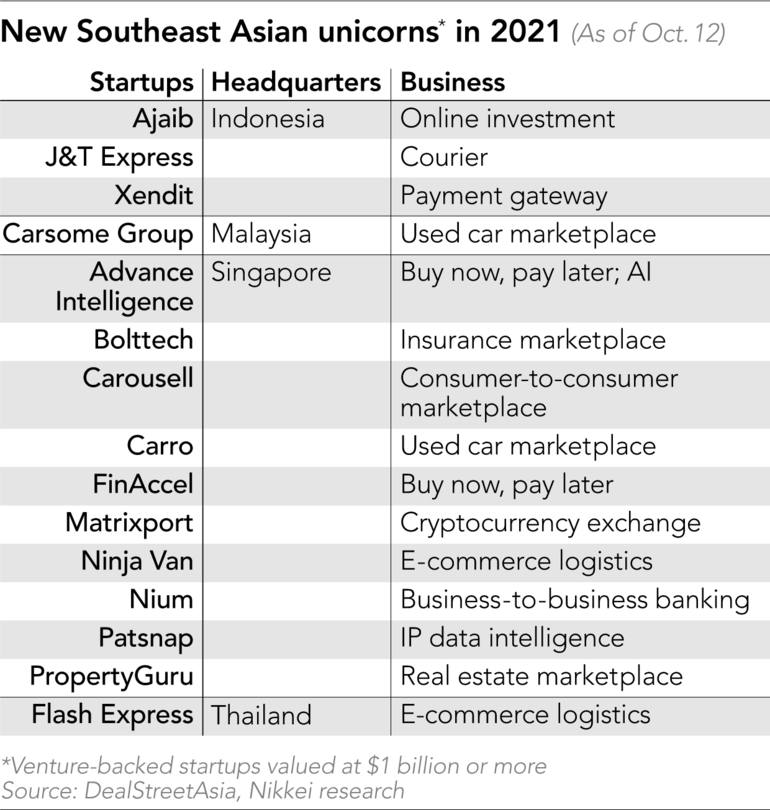 This compares to India's 150 million digital consumers, whose average income is lower than Southeast Asian peers'. In other words, Southeast Asia's aggregate online retail economy is much larger than India's despite having less than half the population. «I have seen this rapid digitalization of small businesses first in India and then Southeast Asia, and now they are growing in parallel,» Bhushan said. In fact, six of the 15 new unicorns in Southeast Asia are B2B companies like e-commerce logistics providers and mobile payment gateway services for retailers. The availability of capital for Southeast Asian startups seems likely to stay promising for now. «In addition to those international political factors, Southeast Asia itself is coming to its prime time,» Lightspeed's Bhushan said, pointing to «knock-on effects» of unicorns' success stories to newer companies. There seem to be many more «next unicorns» in the making in Southeast Asia.