Indonesia to Move Forward With Its "Digital Rupiah"

Named "Project Garuda" after the mythical bird of Indonesia, Bank Sentral Republik Indonesia, or Bank Indonesia (BI), described it as a project that includes efforts to determine the best layout for the Indonesian CBDC, or Digital Rupiah.

First off, only BI will have the power to issue digital currency in Indonesia. By issuing the rupiah in digital form, it will allow BI to adapt to the swift evolution of the digital economy and finance. This is also done to protect the rupiah's authority in the modern economy.

Second, BI aims to raise Indonesia's profile for its CBDC development alongside other nations by issuing the digital rupiah and enhancing its position on the global stage. Additionally, this will facilitate BI's collaboration with other CBDCs on interoperability projects. 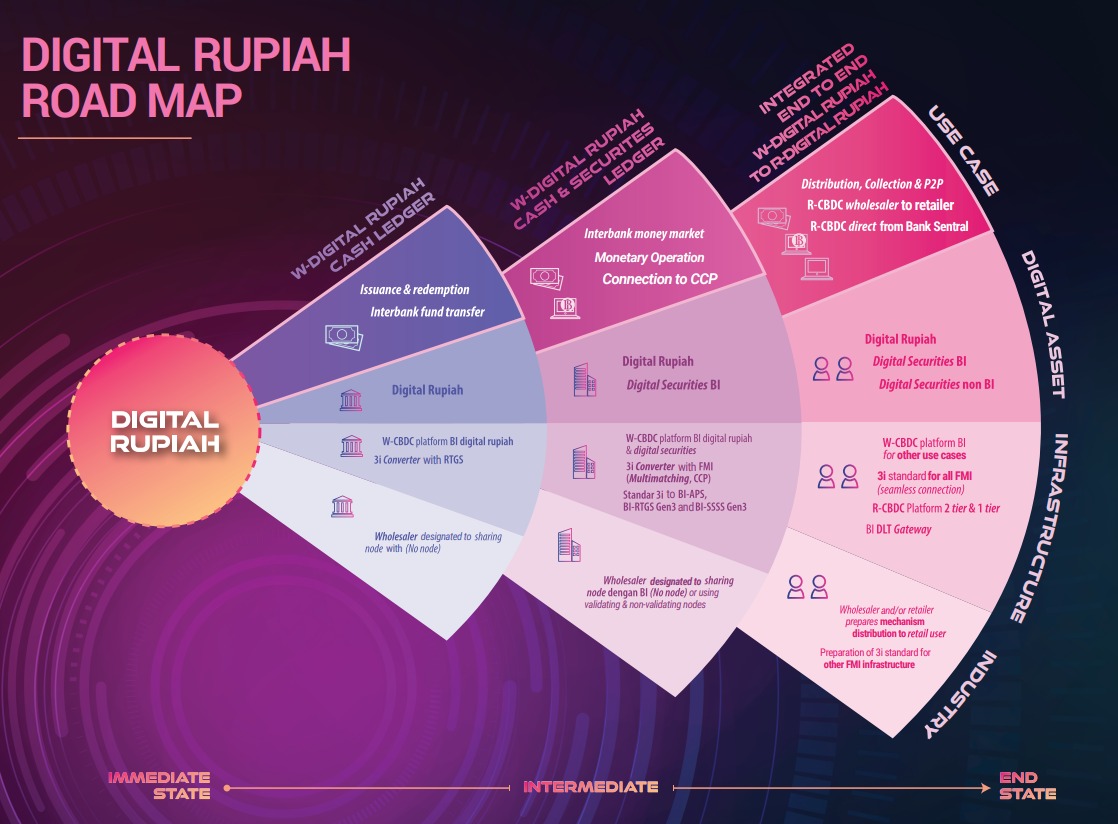 The three stages of the digital rupiah's development—the immediate stage, the intermediate stage, and the end-state stage—will be progressive and test-intensive.

Starting with public consultations, moving on to technical testing, and finishing with a review of policy positions, the stages are organized according to the four feasibility criteria of importance, urgency, readiness, and impact.

In the near future, BI will investigate the concept of a wholesale digital rupiah with only the ability to issue, redeem, and transmit money.

At this point, using the digital rupiah is rather simple because it only requires minor system modifications, involves a small ecosystem, and has fewer transaction-related complexity issues.

Participants may use sharing nodes that BI has already created rather than having to prepare their own nodes. This stage acts as a crucial starting point for the creation of later uses.

The use of this digital money will be examined at the intermediate stage, when financial market transactions and monetary operations may stand to gain.

With the digital rupiah, all Delivery versus Payment (DvP) tests will be conducted. This approach ensures that the transfer of securities only takes place after Central Counterparties (CCP) fund settlements, interbank money market transactions, and monetary activities have been settled.

Securities tokenization will also be developed. The parties involved in this step must now set up their nodes in accordance with their transactional requirements.

The integrated end-to-end w-digital rupiah to r-digital rupiah idea, which is the digital rupiah for wholesale and retail markets, will be evaluated throughout the end state. With the rise of wholesaling and distribution, the general public will have access to digital currency for payments and peer-to-peer transfers.

In a statement, BI stated that in order to avoid competing with bank products like savings accounts and time deposits, the CBDC it planned to establish would not offer interest rates.

According to BI, the digital rupiah would not change the amount of liquidity needed by the banking industry because it would function similarly to actual banknotes in the financial system.

To connect the central bank's function in upholding a financial system to public demand and to ensure monetary and financial system stability inside the digital ecosystem, BI sees the development of a CBDC as a future-proof option and an appropriate tool.

In order to develop the digital rupiah, BI seeks to collaborate with the International Monetary Fund (IMF), the Bank for International Settlements (BIS), and the World Bank, among other global central bank communities and international organizations. This is despite the fact that interoperability between CBDC from various countries is still difficult.