US and Philippines Military Facilities Will Be Constructed in 2023

As the longtime defense partners work to strengthen ties, the US and the Philippines will begin constructing training facilities and warehouses on the military sites of the Southeast Asian country next year.

The Philippine Defense Department announced in a statement that construction will start on two sites north of Manila and an airport base station on the southern island. Under the terms of the Enhanced Defense Cooperation Agreement between the two countries, $66.5 million has been set aside to carry out these initiatives. 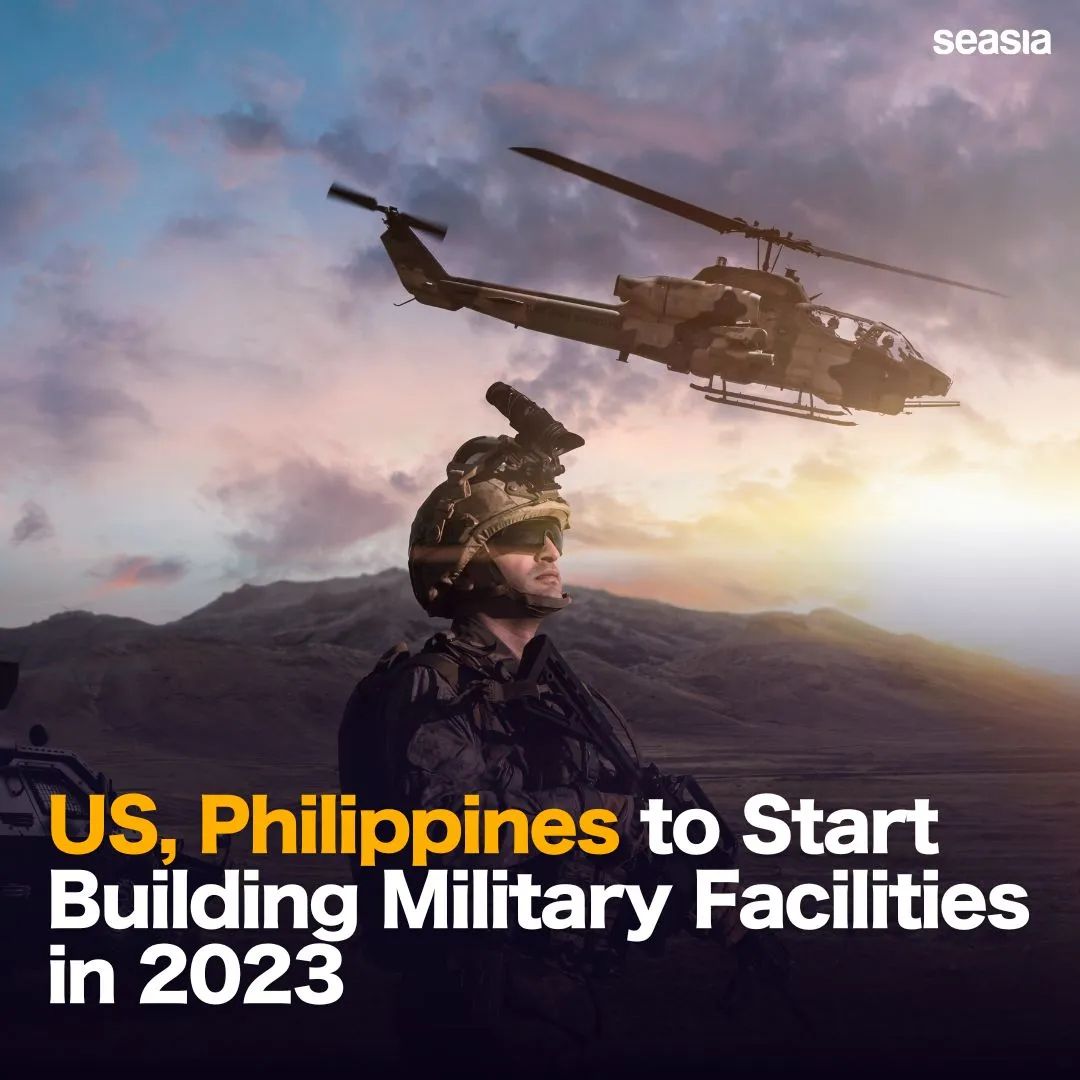 In order to "create a more credible mutual defense posture," the Philippines and the US will look into new areas for more projects. It reaffirmed its intention to move through with initiatives covered by its defense agreement with the US.

As the Philippines battles a territorial dispute with China in the South China Sea, President Ferdinand Marcos Jr. has tried to further enhance ties with the US and upgrade the military.

In the same statement, DND spokesman Arsenio Andolong said the department had given the go-ahead for the development of EDCA projects over the following two years.

"The projects include construction of training, warehouse, and other facilities at Cesar Basa Air Base in Pampanga, Fort Ramon Magsaysay in Nueva Ecija, and Lumbia Airport Base Station in Cagayan de Oro," he continued.

Andolong stated that the DND is dedicated to completing infrastructure improvement and repair projects as well as establishing new infrastructure projects at existing EDCA locations in order to speed up the EDCA.

The EDCA is largely regarded as being crucial for both sides, disturbed by China's growing assertive pursuit of its territorial claims in the South China Sea. The Philippines has long been a steadfast ally of the United States.

The Mutual Defense Treaty between the two nations dates back 70 years, and every year the two nations participate in dozens of joint training exercises, including amphibious assaults, live fire training, humanitarian missions, and counterterrorism exercises.

Through the rotation of ships and aircraft for humanitarian and maritime security operations, EDCA enables the United States to maintain a military presence in its former colony.

The election of Rodrigo Duterte in the middle of 2016, however, which marked the beginning of a sharp turn away from the United States and steered his government toward friendlier relations with China - despite the ongoing tensions in the South China Sea - caused the implementation of the agreement to stall.

The U.S.-Philippine alliance, which has its roots in the Mutual Defense Treaty of 1951 but builds on the strong bond forged during the 50 years of direct U.S. colonial authority over the Philippine islands, did not fare well during Duterte's six years in office.

Despite the persisting problems in the South China Sea, the election of Rodrigo Duterte in the middle of 2016 signaled the start of a significant move away from the United States and guided his administration toward closer relations with China, which caused the execution of the deal to stall.

In Duterte's six years in government, the U.S.-Philippine alliance, which has its roots in the Mutual Defense Treaty of 1951 but builds on the solid relationship created during the 50 years of direct U.S. colonial rule over the Philippine islands, did not fare well.