Let's go back to the days when Southeast Asian capital cities were without congestion and skyscrapers.

Captured in the year 1929. A typical scene captured on No. 4 Platform in Kuala Lumpur Train Station.

A shopping street in Kuala Lumpur captured in 1961.

An aerial view of Kuala Lumpur city center in 1920.

The Thamrin road during 1969

The old Hotel Indonesia which built in 1962 which used to be the tallest building in Jakarta.

Traffic in front of Hotel Continental in Saigon in 1950

Tu Do Street in Saigon captured in 1964

Saigon's The Continental Palace in 1963

Singapore’s Capitol Theatre or The Cathay built in 1929

View from Barek Polis Seria. As seen, old Panggung Marina, Plaza Seria, as well as other shops in the town, captured in 2003.

The rear of La Quinta Market in Manila.

The Malate Church in Manila.

Mekong riverfront with restaurants in Vientiane.

A Buddhist procession in Phnom Penh in 1906

Siam in the 1900s. In Sampeng Lane, a commercial centre in the old city

The immediate landmark for the capital is this Dusit Thani Hotel, which has unique triangular structure topped by a golden spire, towered over Bangkok at 100 meters when it was first opened for business in 1970.

Cars were introduced to Bangkok in 1900 - and by 1904, there were around 300 of them on the city's newly built roads. In the picture above, a car rally at the time rolls down the royal boulevard.

The downtown area is the Yangon city's bustling heart.

Yangon's most famous stupa, the Shwe Dagon Pagoda, can be seen silhouetted on the horizon. 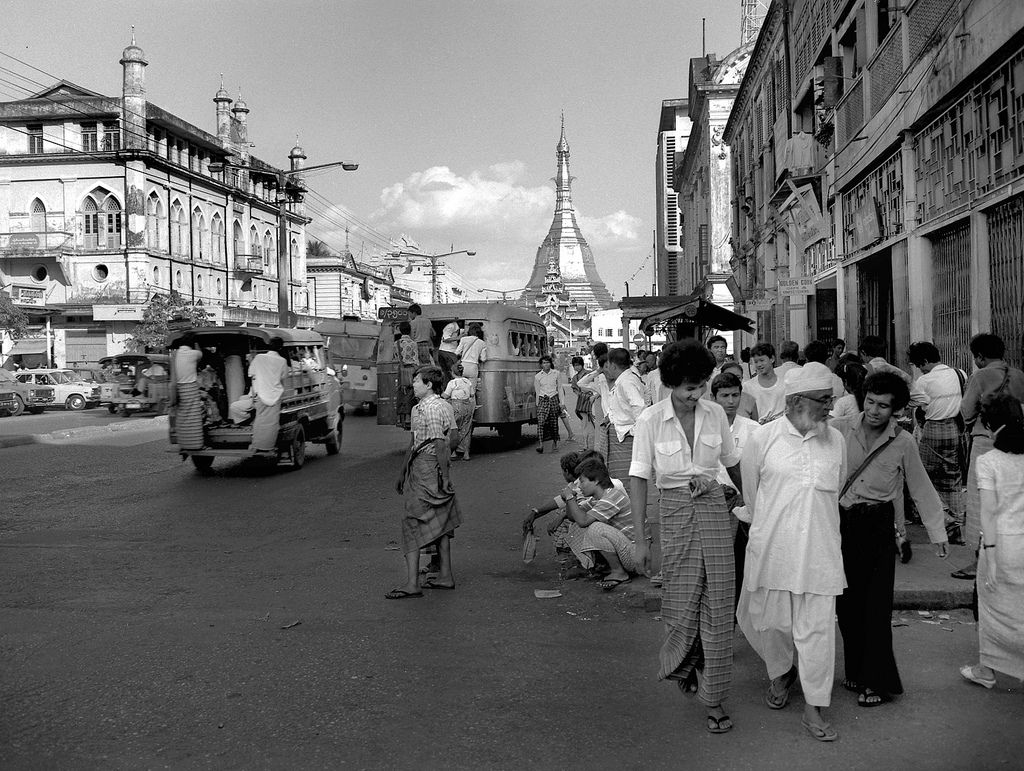