According to individuals aware with the situation, the South Korean company has emerged as the front-runner for a USD 873 million contract to provide the Royal Malaysian Air Force (RMAF or TUDM) with 18 FA-50 light combat aircraft (LCA). The Malaysian Anti-Corruption Commission (MACC) is said to have launched an inquiry into the award as a result of a complaint from one of the rejected bidders.

One bidder was instructed to gather tender deposits in the form of a bank guarantee, according to an official letter from the ministry that The Edge obtained on October 1. It's interesting that the letter was delivered to rejected bidders following the dissolution of parliament on October 10. 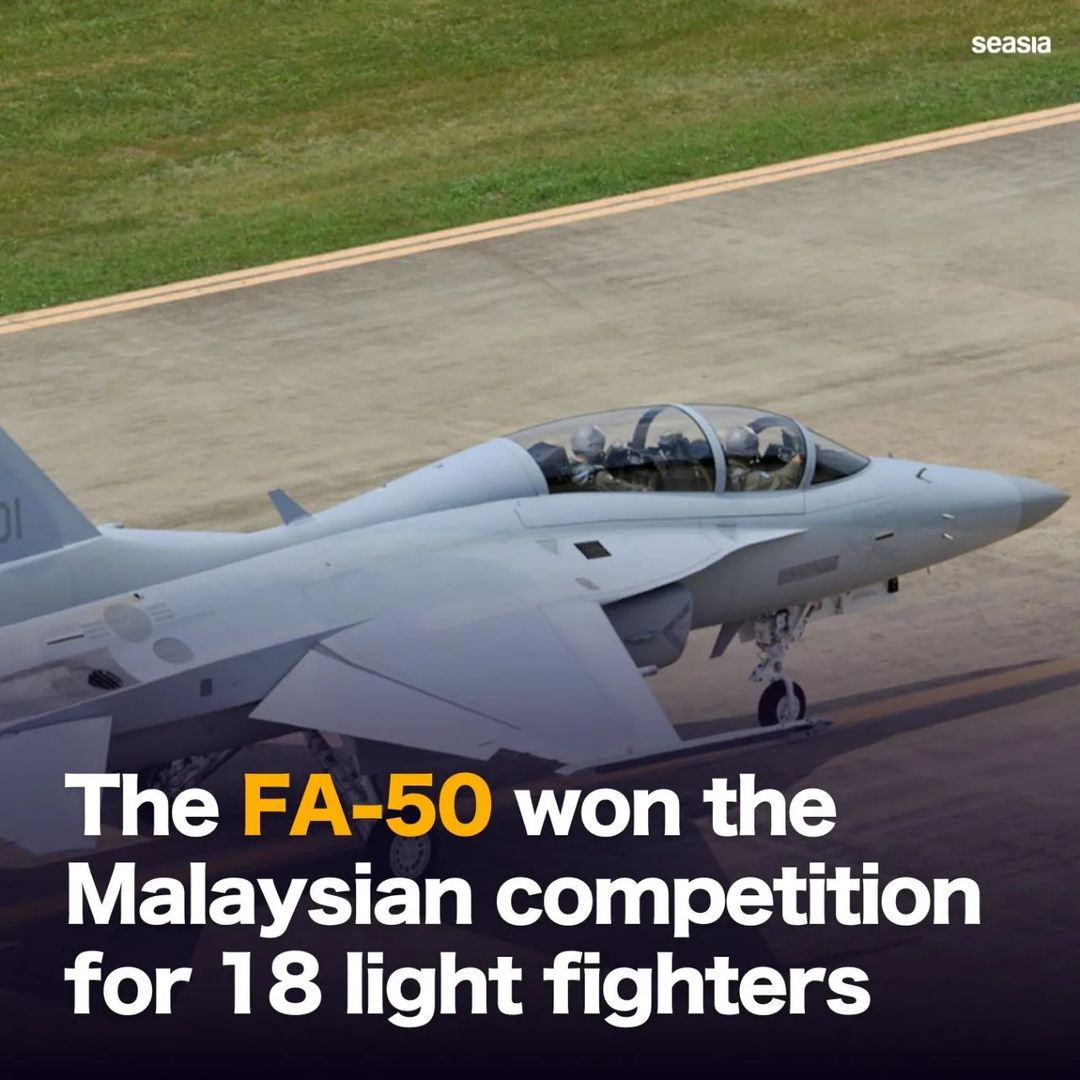 On October 27, acting defense minister Hishammuddin announced that the price talks with bidders for the LCA procurement were over and that they were now merely awaiting the Ministry of Finance's approval of the contract award.

In the 15th general election (GE15) on November 19, Hishammuddin is the Barisan Nasional (BN) candidate for the Sembrong parliamentary seat.

The disgruntled bidders have questioned why a caretaker administration approved a defense contract given that it lacks the authority to carry out such a duty.

“Once parliament is dissolved, no major purchases and mega projects can be undertaken by the interim government. Is the expedited process to procure the FA-50 and bypass other tender bids attempts to avoid further public scrutiny?” Datuk Lau Kong Cheng, a local consultant for one of the multinational bidders, asks.

He alleges that decision-makers who were in charge of analyzing the tender selected one bidder without visiting any of the other shortlisted bidders' OEM (original equipment manufacturer) facilities or plants to conduct a proper verification, review, and comparison process.

“This now looks like an attempt to speed up the procurement of the FA-50 and ignore OEM visits to all three initially shortlisted aircraft,” according to Lau, the RMAF has shortlisted KAI's FA-50, India's Tejas, and China's JF-17 B fighter jets.

Other sources assert that the contract recipient was given preferential treatment despite not fulfilling all of the end-essential user's requirements.

The RMAF had specified five requirements for the producers of fighter jets. They are the capacity to deploy missiles beyond visual range, 30% local content, supersonic performance, air-to-air refueling capabilities, and delivery of the LCA on a staggered basis over a 36-month period following the signing of the contract.

The LCA competition in Malaysia